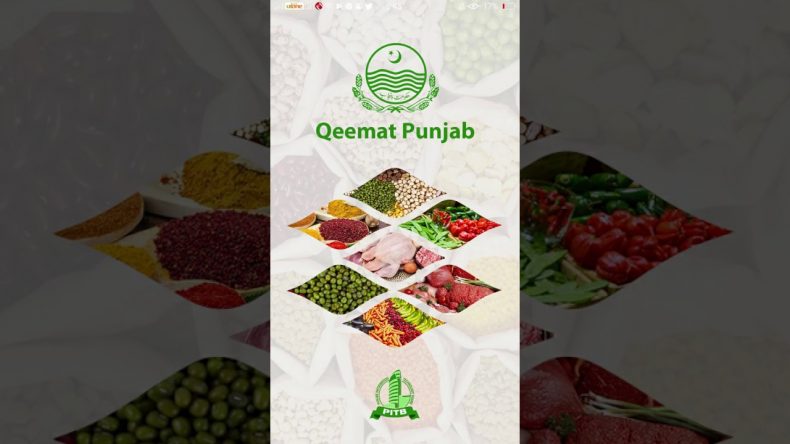 The Punjab Government has resolved over 800 complaints out of 1324 in Ramadan through the Qeemat Punjab mobile app and has recovered around 1.3 million fine money from all the sellers who were non-compilers. The Qeemat Punjab app was launched by the Punjab Information Technology Board (PITB) before Ramadan to monitor the products and commodities prices and for receiving complaints regarding high prices.

The purpose behind launching this app was to notify the citizens about the prices of goods including vegetables, fruits and other household items applied by the government and to ensure that the commodities seller charge customers according to the set rates. Qeemat Punjab app was launched on 23rd April 2019 in 36 districts of Punjab province.

In addition to these complaints, the platform also provides an opportunity to the citizens to lodge complaints regarding any shop or a seller, in case he is selling substandard products at a high price or is misbehaving with the customer.

To end the profit grabbing culture of the shopkeepers, this app has helped citizens in notifying the concerned authorities about any irregularity observed regarding price control in the market. Moreover, this app is linked with the district administration, which helps them to track all the non-compilers in the region.

A special monitoring team has been given the task to carry out necessary action against any complaint. This teamwork under the charge of deputy commissioner from every district. The technology board also monitors the data received through the portal everyday. PITB chairman Azfar Manzoor said that Qeemat Punjab is the best example of technology bringing ease to the lives of the common man.