Pakistan invites US to invest in projects under CPEC 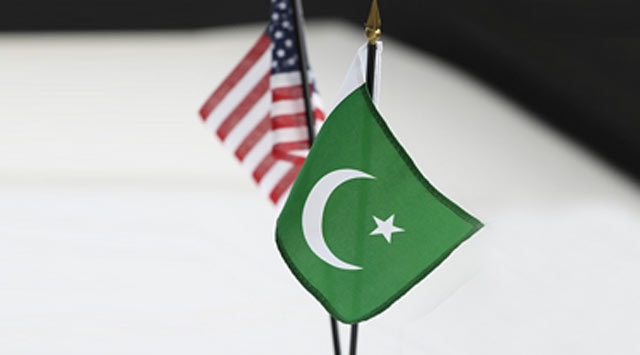 Pakistan has invited United States to capitalize on the new investment opportunities emerging in Pakistan under China-Pakistan Economic Corridor (CPEC).

Pakistani Ambassador Aizaz Ahmed Chaudhry highlighted the improved security and economic conditions of Pakistan at an event hosted by the business council at United States Institute of Peace (USIP) in Washington DC. He said,

“A number of western countries have shown their interest in projects under CPEC and we want the United States to also make investment in the development schemes… Bulk of the investment is going into the energy sector and during the next phase, new industrial zones will be established to open up investment opportunities for investors from all over the world, particularly the US,”

Chaudhry Aizaz called CPEC a major economic development and a beneficial situation, not only for Pakistan and China but for the whole region. He encouraged the US-Pakistan Business Council to invest in Pakistan industry. He added,

The ambassador also apprised the audience about the improved security operations against terrorists and the economic developments in Pakistan. He said Pakistan wanted to work with the United States, China and Afghan government to bring lasting peace in the war-torn country as an unstable Afghanistan was creating a lot of problems for Pakistan.

CPEC an initiative of Pak-China Governments paving new paths of investment in energy infrastructure, technology, IT parks, roads, ports, railways and high capacity industrial units. It aims to expand and facilitate trade and strengthen bilateral ties between these two countries. It is a source of employment for thousands of people.

Apple will develop its own graphics chips