Board of Investment (BoI) has established “CPEC-SEZ” Cell for the purpose of facilitating stakeholders on the matters relating to China-Pakistan Economic Corridor and Special Economic Zones.

BoI administers the investment in all economic sectors and facilitates local and foreign investors for speedy realization of the projects to enhance Pakistan’s competitiveness in economic development. It has been assigned the lead role to oversee the industrial cooperation from Pakistan’s side. The BoI Chairman is the convener of the Pakistan side of Joint Working Group (JWG) under CPEC.

China is also in the phase of upgrading its industrial base. A proper coordination between Pakistan and China is a necessary condition for the success of SEZs and CPEC-SEZ Cell will be a platform to ensure that. As per SEZ Act of Pakistan,

“Special Economic Zone (SEZ) is a blanket term for various types of specialized zones with specific types of enterprises operating in a well-defined geographic area where certain economic activities are promoted by a set of policy measures that are not generally applicable to the rest of the country. Successful SEZs offer immediate access to high-quality infrastructure, uninterruptible power supply, clearly titled land, public facilities, and support services.

The fiscal benefits under the SEZ law include a one-time exemption from custom duties and taxes for all capital goods imported into Pakistan for the development, operations and maintenance of a SEZ (both for the developer as well as for the zone enterprise) and exemption from all taxes on income for a period of ten years.”

SEZs will expand the exports, strengthen industrial infrastructure and enhance country’s economic capacity. Pakistan still lags behind other South-Asian countries in the implementation of SEZs and establishing SEZs will prove to be a huge step towards industrial development.

Federal Government announced a plan to establish 29 SEZs in all four provinces, Islamabad, Kashmir and Gilgit-Baltistan in November 2016. Under SEZ Act 2012, about 41 special zones have been identified so far all over the country and 7 of them have already been notified by the Federal Government including Khairpur Special Economic Zone, Korangi Creek Industrial Park, Bin Qasim Industrial Park in Sindh province, Quaid-e-Azam Apparel Park, Sheikhupura, M-3 Industrial City, Faisalabad, Value Added City, Faisalabad in Punjab province and Hattar Economic Zone, Haripur in Khyber Pakhtunkhwa. 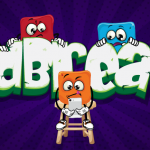 This game from Pakistani developers can help you win cash prizes