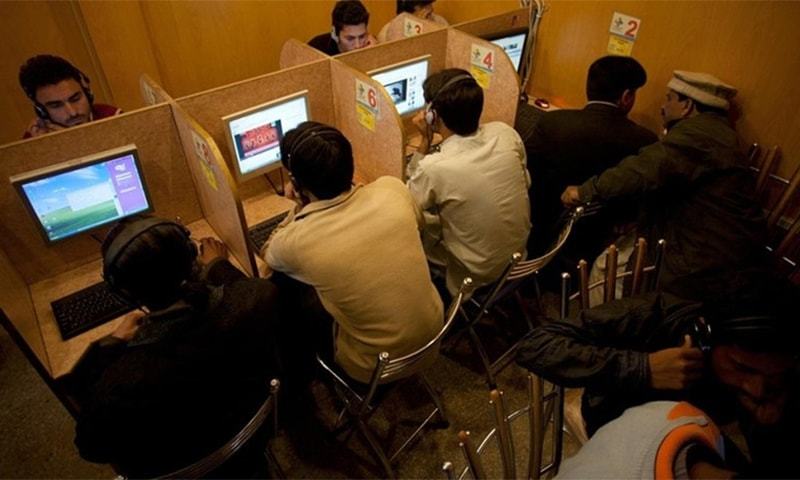 How would you rate the quality of your “digital” life? This is a question cybersecurity company Surfshark tries to answer with its Digital Quality of Life (DQL) Index, which as the name suggests, ranks countries in terms of five fundamental digital life aspects: internet affordability, internet quality, electronic infrastructure, electronic security and electronic government.

In the third edition of this ranking, Pakistan has ended up performing worse than last year, dropping a total of 14 places down the ladder. It lags behind neighboring countries India and Iran, but it is performing better than Bangladesh. 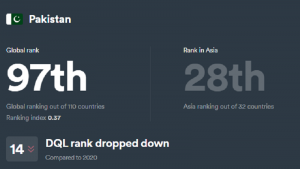 Specifically, internet affordability and internet quality in Pakistan have been ranked at 66th and 74th globally, respectively.

Notably, out of the 110 countries that were a part of this study, Pakistan ranked terribly for e-infrastructure and e-security, with rankings of 106 and 98 respectively.

The study found that the country’s internet affordability has decreased by 14% and is now around 50% worse than the global average.

The country ranks 66th for internet affordability and is surpassed by India and Iran. At the moment, people in Pakistan have to work more than four hours to afford the cheapest broadband package.

However, it is worth pointing out that things aren’t as bad as far as internet quality is concerned. Pakistan ranks at 41st and 43rd globally for mobile and broadband internet speed growth.

In terms of overall global performance, six out of the top 10 countries in the rankings are European nations, which is in line with last year’s results.

Denmark holds the top spot for the second year in the row, closely followed by Asian powerhouse South Korea. Finland, Israel, and the US round out the top five, while Ethiopia, Cambodia, Cameroon, Guatemala, and Angola make up the bottom five of the rankings. 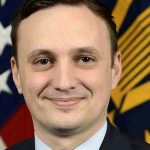