Freedom House released the Freedom on the Net (FoTN) report for the year 2018, titled “The Rise of Digital Authoritarianism” globally. The report primarily focuses on developments that occurred between June 2017 and May 2018. The report finds that, out of the 65 countries assessed in Freedom on the Net, 26 experienced a deterioration in internet freedom and almost half of all declines were related to elections.

Pakistan report which is authored by Digital Rights Foundation, remains marked as “Not Free” for the coverage period. Internet freedom was marked with continuity of trends that were set in motion last year, and it declined in some aspects following some dramatic incidents of intimidation and violence related to online activities. Internet shutdowns, a problematic cybercrime law, and cyberattacks against political dissenters contributed to the ongoing deterioration.

Political speech is vulnerable to restriction as Pakistan entered the election year in 2018. Nighat Dad, the Executive Director of Digital Rights Foundation, laments the lack of progress over the last one year in terms of internet freedoms: “We have seen the effects of the draconian laws and regulations that take root in an internet regulation culture where censorship and criminalization of political speech have led to harsh punishments and has become a norm all over.”During the reporting period, internet freedom was undermined on national security grounds, which justified a number of network shutdowns; one has remained in place for more than a year. And websites operated by a political party in Sindh province were blocked when officials accused members of violence and “anti-Pakistan” positions. The key findings of the report are: 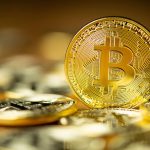