Pakistan’s telecom sector is strengthening by leaps and bounds and the recent figure for the Foreign Direct Investment (FDI) in the sector is further proof of that.

Pakistan’s 2017-2018 fiscal year is off to a good start as the total inflows to Pakistan more than doubled to $457.2 million in the first two months i.e. July and August. This figure is very impressive as it is up by 154.9% compared to $179.4 million total FDI in the same period last year.

According to statistics released by State Bank of Pakistan, the telecom sector received an FDI of $92.5 million between July and August. A major chunk of this investment figure came from Zong for expanding its 3G and 4G services. This makes the telecom the third highest contributor in terms of FDI behind the Power and Construction sectors, which have an FDI of $210 million and $171 million respectively.

Speaking on the increase in Pakistan’s FDI, Khurram Schehzad, a chief commercial officer at JS Global Capital Limited, stated, “The cross-border investments into the country are expected to go up with most [flows] going into power and telecommunications firms. The technology start-up companies can generate ample interest in times to come.”

The State Bank also revealed that Pakistan received large amounts of its FDI from China, the US, and Malaysia. Without a surprise, China was the biggest contributor with a $258.3 million FDI in July and August.

The US largely made portfolio investments among others which rounded up to $202 million while the Malaysian FDI was recorded at $110 million. This figure is strongly reflective of a recent deal between a Malaysian telco and Jazz. Last month, edotco Group S, owned by Axiata – Malaysia’s biggest mobile operator, signed a near $1 billion deal to acquire Jazz’s tower business in Pakistan.

Overall, Pakistan’s telecom sector has been doing pretty well so far with the government also putting in an effort. IT Minister, Anusha Rahman, on several occasions, has stressed the importance of digitizing Pakistan and aims to take Software and Telecom exports to $6 billion by 2020. Pakistan’s close ties with China have also been a contributing factor in uplifting the telecom sector. Earlier this year, PTCL and China Telecom Global signed an MoU to bring fiber optic cables to Pakistan’s underserved areas.

Apart from the telecom sector, figures released by the State Bank of Pakistan reveal that other top performers in terms of FDI included the power sector which attracted $210.8 million, the communications brought in an FDI of $94.5 million.
Oil and gas exploration companies also drew $30.6 million in FDI. 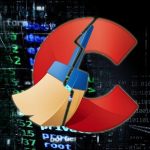