Pakistan to get a new IT Park in collaboration with Korea

Pakistan will soon be getting an IT Park which is the result of a collaboration between Pakistan Software Export Board (PSEB) and Korea Exim Bank. The bank has already started work on a feasibility report for the Park which is to build in PSEB’s land in Chak Shahzaad, Islamabad. The loan agreement is expected to be signed by fall 2016.

The main purpose of the IT park will be to drive companies in developing more hardware and software solutions, thus boosting the country’s IT export. PSEB already has 12 Software Technology Parks in Islamabad, Lahore and Karachi with fully equipped and IT-enabled work space.

PSEB has been doing a lot of work in boosting Pakistan’s IT scene over the years. They have trained graduates in gaming, android application development, iPhone programming, agile-based mobile application development and .NET Programming. They are also responsible for deploying 800 interns at IT companies during 2013-2015 with a total of 5,800 deployed graduates in the last decade.

PSEB has also expressed interest in Pakistan’s budding startup culture, organizing workshops with MIT Enterprise Forum of Pakistan and CEOs of leading IT companies in Islamabad and Peshawar to train young entrepreneurs. Their 24/7 counselling center provides mentorship to fresh graduates, entrepreneurs and IT startups. They are currently in process of implementing a system to train freelancers that would improve their skill set and help them gain substantial revenue.

PSEB exhibited at IT events in China, Dubai, Kenya, and Spain along with their member IT companies, generating more than 500 foreign leads. Furthermore, the number of IT and ITeS companies registered with PSEB has increased by 71% – 681 companies in June 2013 to 1,162 companies in February 2016.

Needless to say that PSEB is doing valueable work and this new IT Park would only further add to their efforts in strengthening Pakistan’s IT industry. It is also being said that an IT Park in Islamabad would be followed by new Parks on PSEB’s land in Karachi and Lahore. 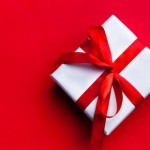