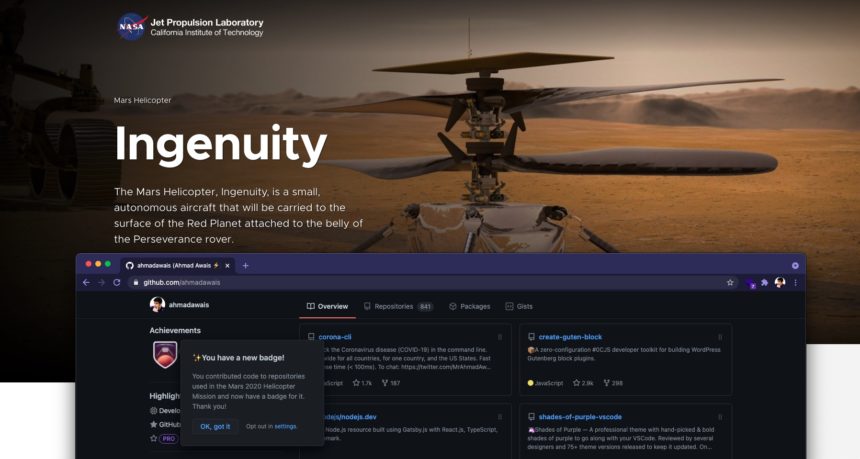 Pakistani developers are truly making their mark in the world and not just in the freelancing ecosystem but globally in the world of open source development. One such developer is Ahmad Awais who is well known for becoming one of the few Pakistanis to achieve the Gold GitHub Stars Award and is a Google Developer Expert.

Ahmad had contributed his code to the software of Mars 2020 Helicopter Mission known as the Ingenuity. This was a small contribution amongst numerous other developers globally which played a grand role in mankind’s first successful attempt at a controlled flight of an aircraft on Mars. According to NASA:
“The team that built Ingenuity is much bigger than JPL’s 6,000 employees. Behind the 4-lb helicopter were contractors from recognizable companies like AeroVironment, Lockheed Martin, and Qualcomm. And behind its expansive software were thousands of open source developers around the world, unaware of the gravity of their contributions.

Nearly 12,000 people contributed code, documentation, graphic design, and more to the open-source software that made Ingenuity’s launch possible. To celebrate this moment in open source history, GitHub added a new badge to profiles of those contributors.”

In a nutshell, the developers who had contributed towards NASA’s project had received a unique badge on GitHub which identified their contributions.

The Pakistani developer’s main reason for this contribution was due to a passion for space exploration he had back when he was a child. In a recent blog post he stated the following:
“When I was a kid, I wanted to be an astronaut — exploring space and whatnot. But I was afraid of heights, so whenever my mother asked, I’d say I’ll settle as a scientist who’d invent things like rockets.

Years went by, reading space exploration missions, then aspiring to meet Elon Musk (the one who rebelled? Right?) — I started to realize how far away I was from actually becoming a rocket scientist.”

The fun fact here is that Ahmad started off as an Electrical Engineering graduate who detested his degree and started learning how to invent things via coding on his own. It just goes to show how far self-learning can take a person.

With Ahmad nabbing another milestone, he has set an example for an entire nation to continue to focus on innovating. 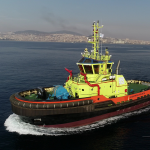