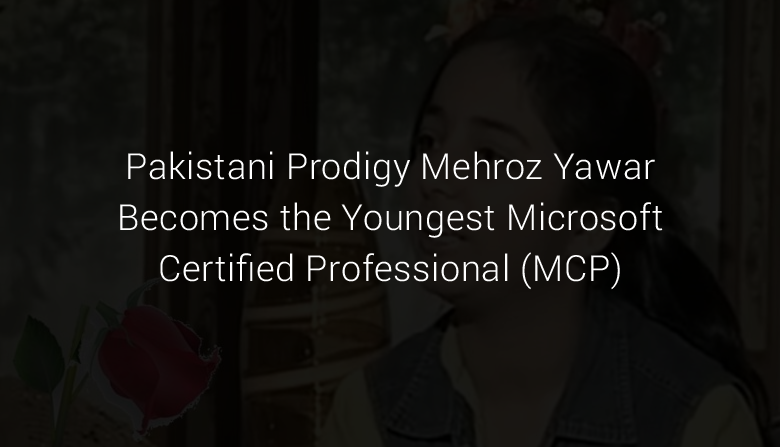 Mehroz Yawar, a resident of Lahore, Pakistan, claimed the title of being the youngest Microsoft Certified Professional after he successfully passed the standard examination procedure for the certification. Mehroz appeared in the exams of Microsoft Certified Solutions Associate (MCSA) and excelled with singular scores.

Mehroz declared his remarkable achievement a result of the Almighty Allah’s grace and the hard-work of his tutor.

Mehroz’s tutor at Cyber Space Academy, Hafiz Mohammad Bilal, who previously taught Muhammad Huzair Awan when he received the same achievement, remarked on the occasion that Mehroz is an exceptionally intelligent boy, and nothing would make him happier to know that [his] achievements had been officially recognized. “Accomplishment of Mehroz Yawar, Arfa Karim and Huzair Awan has made Pakistan proud at the time when the country is surrounded by wave of terrorism,” he added.

Her mother Nasreen Ashiq, on the other hand, is dismayed at the lack of recognition that her son deserves. She noted the hard-work that she and her son put into achieving the remarkable feat but is extremely disappointed as Yawar did not receive any sort of recognition from the government. According to her, Yawar showed keen interest in computing technologies from an early age and she could not refuse her son’s request to let him continue his course-work at the academy despite the fact that they had to walk 3 kilometers to attend the classes every day. “They told me Yawar has a lot of potential and it should not be wasted,” she noted.

Passing the certification exam at the age of six-and-a-half years, Mehroz Yawar has joined the league of other young and talented students from Pakistan like Muhammad Huzair Awan and Arfa Karim Randhawa, who claimed the same title at the ages of 7 and 9 respectively.

There’s no doubting the fact that Pakistani youth has a lot of potential in the IT industry and the country needs that potential now more than ever. Recognition and promotion of such feats from young Pakistani students will not only encourage others to join in and learn about these technologies but it will also open new doors and provide platforms for the talented individuals spread across the country to showcase their skills. 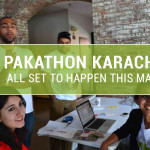 Karachi Pakathon to be held on 10th May