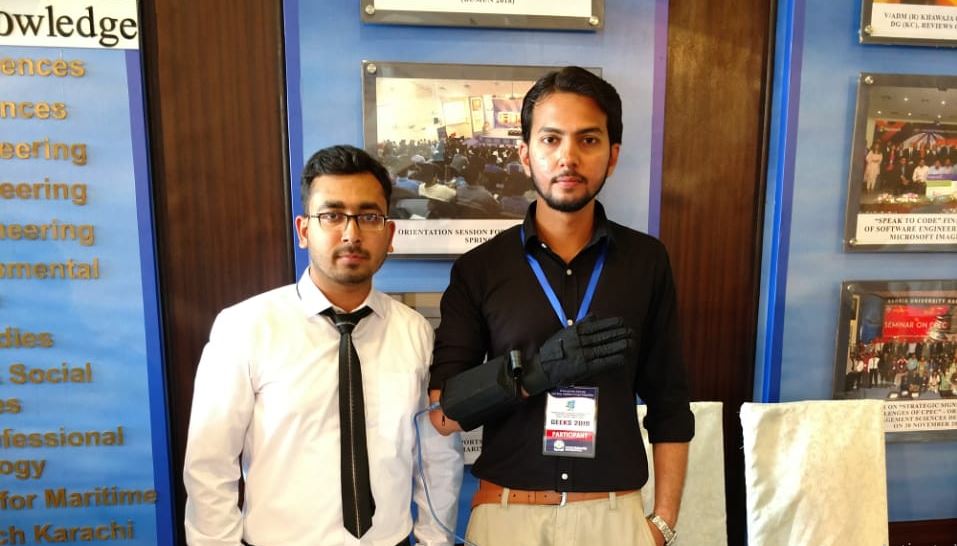 A group of Pakistani students from Usman Institute of Technology, an institution affiliated with the NED University of Engineering and Technology, has developed a glove which has sensors fixed inside, to help speech impaired people in hearing and to have a conversation with others easily.

By wearing this glove, the impaired people will have the ability to give voice and sound to their expressions in a way that the person they are having a conversation with would be hearing his/her expressions. The team which comprises of four students Sadaf Khan, Fazeela Moin, and HM Mubashir Ghaffar worked for almost a year to convert their idea into a reality.

Bilal while explaining the working of the glove said that the glove has Flex sensors and ADXL 345 sensors installed in them, which have the ability to sense movements of a person’s hand, wrist, and elbow. This glove in-turn converts the gestures or movements into previously recorded sounds using a microcontroller that comes with the glove. This way anyone talking to a speech-impaired person can dear and understand what the person is saying.

This Pakistani made article which is particularly designed keeping in mind the needs of Pakistani people costs around 30,000 rupees and according to Bilal Khan who is one of the team members, the device has been designed to recognize more than 3000 words and 22 idiomatic hand expressions of the Pakistani sign language.

The glove can be charged with the help of a detachable battery. This idea was awarded first prize out of 59 other groups who participated in the open house project competition GEEK 2019, held at Bahria University. 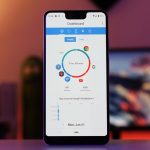 This Google feature is causing some Pixel devices to slow down