Pakistan’s tech exports have taken a plunge for the first time since February 2021, as new data reveals that the country’s exports in the tech sector dropped by 27 percent in May 2022 as compared to April 2022.

As per State Bank of Pakistan (SBP) data, IT exports in May amounted to $183 million while in April they were considerably higher at $249 million. Exports have fallen 8 percent year-on-year.

In May 2021, Pakistan exported $198 million worth of technology-related products and services. The technology sector witnessed exports worth $2.4 billion in 11 months of this fiscal year, contributing 38 percent to overall services’ export and marking a 25 percent year-on-year increase.

While IT export performance has certainly been encouraging, and has helped improve the country’s foreign exchange earnings, the monthly drop in exports in May is still far from an ideal scenario.

The reason being touted for the drop in IT exports is the extended Eid holidays. Since the pandemic resulted in a rise in freelancing, the export performance of country’s technology products and services stayed higher.

However, despite the Prime Minister of Pakistan’s ambitious declarations to target $15 billion in IT and IT-enabled services exports, the released budget brings down the industry’s potential to meet this aim. This was noted in a recent P@SHA press release.

According to Chairman P@SHA Badar Khushnood, the current taxation regime in place is “regressive” and has already proven disastrous for the IT industry’s growth.

“This year’s targeted exports of USD 3.5 billion are also not being achieved due to the introduction of an inefficient tax regime,” he stated. “Rather than facilitating the IT industry with more and better incentives to catalyze the existing organic growth, the previously announced one and the only benefit, i.e., ‘tax exemption’ committed till 2025 has been abruptly reneged and revoked. If nothing else, this is a recipe for disaster for a nascent yet fastest growing exports-led sector!” 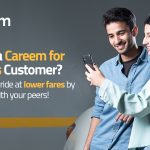