Paying women less than men is now illegal in this country

Most people around the globe don’t understand the fact that women if provided with a comfortable working environment in society, could become the economic strength of any nation. If we hold women back, it means we are holding our economy back. Well, people seem to be ignoring the reality over an over, the authorities in Iceland, a Nordic Country have taken a bold step by implementing regulations to solve one of the major problems of women these days.

According to a new law in Iceland, employers in the country have to give proof that they pay men and women equally for the same job. If any employer fails to do so, it might be fined due to the offense.

Iceland is going to be the first country to fight gender pay gap proactively by forming regulations. The corporates are now bound to pay women equally to men for a job with same nature, in order to get certification from the govt. The law will be implemented from Monday and all the organizations with at least 25 full-time employees are bound to follow the law.

Those firms which have over 250 employees are supposed to get certified by the govt by the end of the year 2018. Meanwhile, smaller organizations will follow the same pursuit but in the latter year, depending upon the number of employees they have. According to the current legislation, the estimated fines for not following this law will be around $500 per day.

Yoo Hoo!! In Iceland it is now Illegal to Pay Women less- https://t.co/4HBI9gdvJ7

According to a former women Tennis player Billy Jean King,

“Iceland again leading in the equality movement. A new female Prime Minister, and a Parliament where nearly half of its members are women. Equal representation benefits everyone!”

Meanwhile, due to socio-economic barriers, women in Pakistan are not allowed to go out and do jobs. Especially in the sector where there is less male to female ratio. A recent report deemed Pakistan as the 4th worst country for women indicates that only 24% of women in Pakistan are employed. National level steps are required to encourage women to join the workforce and educate male members of the family that women deserve to earn and be independent. 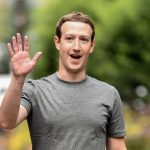 Mark Zuckerberg to study cryptocurrency to improve Facebook this year