Cryptocurrency fever is on the peek and people are making money by mining these coins from specially modified crypto-mining computers all over the globe. But to protect your own stuff requires a rather different approach, about which some people of Iceland were not precautious.

Some 600 bitcoin mining computers were stolen during four separate incidents in December and January in Iceland and this is being described as one of the biggest thefts ever in the small island nation.

As of now, the theft has led to a series of arrests during an ongoing investigation and police is hunting the thieves intemperately. So far at least 11 people have been arrested who were said to be linked with the theft. Two of the arrested people who were considered as prime suspects are still in the police’s custody after a Reykjnas District Court ruled against them. However, it is still unclear that on basis of which allegations those two are still in the custody.

It must be noted that the computers are yet to be found and are believed to be worth around $2 million and due to this large sum for a small island nation, the theft is dubbed as “Big Bitcoin Heist.” Two of the thefts took place at southwestern Reykjanes region of Iceland. According to the police commissioner of Reykjanes region, Olafur Kjartannson, thefts were “on a scale unseen before. Everything points to this being a highly organized crime.”

Iceland is one of many countries who have a stable Bitcoin mining ecosystem due to a resourceful data center and geothermal energy sources. As Bitcoin mining is the only way to increase the supply of Bitcoin, more countries and companies have started taking interest in it. 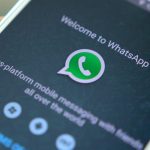 WhatsApp update to increase time limit for ‘Delete for All’