In a recent development towards government-approved content management on the Internet, Prime Minister of Pakistan Mr. Nawaz Sharif has granted the regulatory powers to Pakistan Telecommunication Authority (PTA). Previously, such regulatory authorities like banning websites had been afforded to the Inter-Ministerial Committee for Evaluation of Websites (IMCEW).

The committee (IMCEW) – which was primarily responsible for the blockage of YouTube in Pakistan – has been dissolved following the transfer of authority to PTA.

Related: Are We Close to YouTube Unban in Pakistan?

According to the official press release issued by the Ministry of IT & Telecom, the course of action was approved by the Prime Minister on the recommendation of Minister of IT, Ms. Anusha Rehman. The effectiveness of IMC was put to question in the light of recent events and a rise in complaints, which ultimately led to the disbandment of the committee.

PTA has thus been assigned the responsibility to define and implement an effective mechanism for the management of web content. According to some media outlets which reached out to PTA for comment, the authority had already placed an internal mechanism to block blasphemous and pornographic material on the internet, which will be strengthened and improved now that an official mandate has been handed out to PTA.

Not-for-Profit NGOs like Bolo Bhi have previously raised questions on the effectiveness and discretion of the committee. According to Bolo Bhi, the committee was prone to political high-jacking with its actions being dubious, and terming them “abuse of power,” and the committee “unconstitutional”.

Bolo Bhi went on to file a petition in the Islamabad High Court last year, challenging the legality of the committee. As a result, IMCEW was restrained from banning websites in December 2014 by the High Court.

Unfortunately, the transfer of content management powers does not guarantee YouTube being unbanned in the recent future. It is, nonetheless, a right step forward in defining the powers afforded to the government institutes which directly affect local internet users. A publicly-accessible mechanism will allow internet users to register complaints, voice their grievances, and follow a legal course of action to hold the right people accountable for their actions. 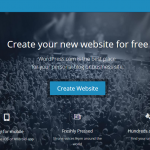 WordPress.com has been temporarily blocked in Pakistan