Public notification has been posted by Pakistan Telecommunication Authority today via twitter according to which the illegal internet providers in the country would be banned. Not just that, PTA will also take strict actions against anyone who abides the laws by PTA will face severe consequences. The decision came after a meeting chaired by the Prime Minister along with officials belonging to different governmental sectors regarding the better internet facilities.

According to the public notice, PTA has alerted all its illegal providers of the internet in the country and asked them to prevent the internet provision if they do not hold a valid license. Legal actions will be taken almost immediately against the provider without a permit under the PTA Act.

The meeting that Prime Minister chaired was done to discuss the poor internet connectivity situation in the far-flung areas of Baluchistan and Sindh and how it is impacting the education of these provinces. The meeting was also attended by PTA Officials, Federal IT Minister, Federal IT secretary, and many more.

For resolving the issue, Prime Minister has advised the IT ministry to form an inter-minstrel committee under the chairmanship of Minister of Education Shafqat Mahmood. The officials also disclosed the current projects going on in the country that would aid in the provision of better internet facilities in the country. 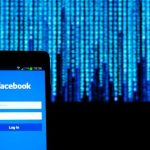