[Update] The story has been updated to add PTA’s clarification which is shared at the bottom.

Pakistan Telecommunication Authority’s (PTA) Device Identification, Registration and Blocking System (DIRBS) has some serious issues that need to be fixed on a priority basis. It seems like the custom duties on mobile phones just got skyrocketed and everyone is losing their minds. People are actually shocked to their very core because of the amount they are being charged for a phone that costs no more than a few thousand.

A Twitter user just shared a PTA issued invoice which shows that on the purchase of a feature phone which costs no more than 3000 PKR, he has to pay over 45,000 PKR. The custom duty due is almost 15 times the price of the phone which totally makes no sense.

And not just this guy, a week ago another man accused PTA’s DIRBS system of charging almost 9,000 PKR as duty on the purchase of a phone that costs only 1200 PKR, as reported by C42.

People are now even questioning that if the phone is approved by PTA from a company and is being sold in the market then how come the consumer ends up paying the tax. This is one of the many concerns people now have in their mind and they are clueless about the whole scenario.

“Recent news items published in the media erroneously mention Pakistan Telecommunication Authority (PTA) as the entity responsible for taxes/duties calculation on mobile device registration. This is to clarify that PTA is only responsible for checking the IMEI of mobile devices to ensure that it is valid, and not a duplicate or reported stolen. The custom duties/tax calculation of mobile device being registered is determined by the Federal Board of Revenue (FBR).

It is also clarified that in certain cases of the high tax on a relatively low-end mobile device, that device had a reprogrammed IMEI belonging to high-end phone. These reprogrammed devices shall be blocked when identified.

PTA developed and established the Device Identification Registration & Blocking System (DIRBS) to curtail counterfeit mobile phone usage, discourage mobile phone theft, and protect consumer interest. The public is advised to check IMEI status of a device prior to buying/obtaining by sending each 15 digit IMEI via SMS to 8484 or visiting this link: https://dirbs.pta.gov.pk“ 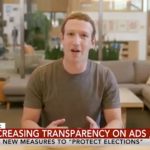