The mobile companies in Pakistan have challenged the Pakistan Telecommunication Authority’s (PTA) decision to block unregistered phones in the Islamabad High court (IHC) on Friday.

Justice Athar Minallah of the IHC conducted the hearing of the case and remarked that the stance of the mobile phone companies is correct and PTA should resolve the issue on priority bases. He also said that the PTA should extend its previous deadline of blocking unregistered cellular devices in the country.

The mobile companies claimed in the petition filed in the IHC, that the deadline, given by the PTA to block unregistered mobile phones through Device Identification, Registration and Blocking System (DIRBS), till March 29 was not sufficient to fix this problem.

The IHC had earlier granted time to cellular companies to create a detailed strategy for the blockage of unregistered mobile phones and also directed PTA to resolve the issue by collaborating with the mobile telecommunication companies. But the mobile companies are not satisfied with the deadline given by the PTA.

The petitioners shared with the court that it is necessary to do an awareness campaign in the public regarding this issue before blocking consumers’ unregistered mobile phones. Justice Minallah on this recommendation responded that the companies are making an accurate point and the authorities should work on that.

The Pakistan Telecommunication Authority (PTA), last year in May launched DIRBS to block stolen, smuggled and duplicate mobile phones in Pakistan by using the distinct IMEI (International Mobile Equipment Identity) number of each device, along with other parameters. 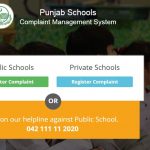