The new system uses the distinct IMEI (International Mobile Equipment Identity) number of each device, along with other parameters, to help in identifying, monitoring and regulating such devices. The IMEI of illegal or smuggled devices will be reported to the cellular companies and other concerned bodies and will be blocked later by PTA.

See Also: How to check whether your smartphone is fake or real in Pakistan

PTA Chairman Muhammad Naveed made the announcement of launching DIRBS as the PTA celebrates the milestone of 50 million broadband users reached recently across Pakistan.

“PTA has always been engaged in facilitating telecom consumers with best telecom services along with due protection of their rights. Chairman further added that the statistics of telecom growth in Pakistan are evident of the satisfaction level of telecom consumers with the quality of telecom services provided to them. He said that today the mobile operators have increased this coverage to over 65% of the population. Broadband subscribers that stood on 1.3 million  till 2014 with limited speed offerings today has crossed a milestone of 50 million (2018) with mobile broadband speed crossing 20 Mbs (download) and fixed broadband speed crossing 100 Mbps (download).” 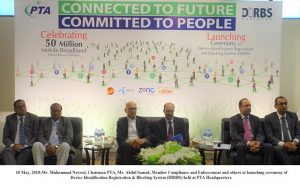 The telecom regulator of Pakistan will operate the DIRBS as a ‘Centralized Equipment Identity Register’ to discourage the use of mobile devices that are smuggled or illegally imported. This system will generate different lists, categorizing the legal status and authenticity of all handsets. Each distinct IMEI will be paired with a specific ‘Computerized National Identity Card’ (CNIC) belonging to its registered user, who must be officially connected through a particular cellular network.

With the launch of the first phase of the DIRBS, cellphone theft and smuggling will be eliminated and service quality will improve, the PTA’s Abdul Samad said, adding that government revenue would also increase in the process.

He explained, in the first phase, stolen and lost devices would be blocked, while in the second phase devices that are in people’s use will be inspected. Also, subscribers will also be able to inquire about the status of their devices, he added. Samad also said the government had issued policy directives for the launch of 5G cellphone services on which work is currently underway. 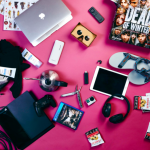