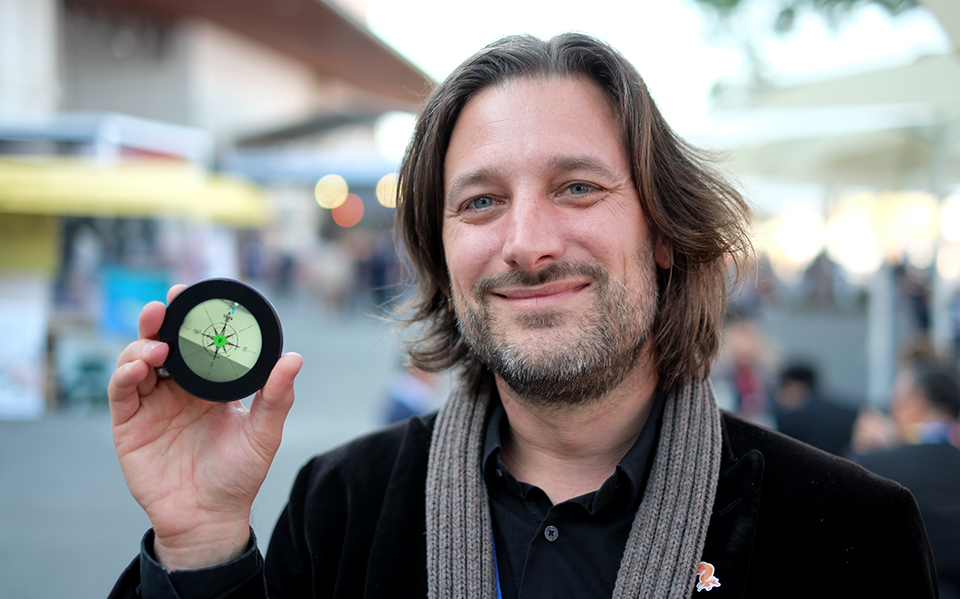 In less than 7 years, smartphones have become a social norm. Imagine what your life would be if you didn’t have your phone. Or worse, if you lost it. Now stop for a minute and think what smartphones mean to us: an endless stream of notifications to keep us connected. Mobiles mean social networking, at least to majority of the population. In the midst of a war to produce the smallest and fastest smartphone a new company has emerged that is basically attacking the idea of smartphones as we know them. Monohm, a company based in California, has been working on a new product for the last 10 months that they unveiled at the MWC 2015. It’s name? The Runcible.

Without a doubt, The Runcible has to be the most unique and quirkiest product to come out from a stream of monotonous gadgets at the MWC. For starters, Runcible does not look like your regular smartphone. It’s more like something you would buy at a vintage collection auction. Monohm’s CEO, Aubrey Anderson, says that The Runcible will allow users to relax and live in the moment, while still staying connected online. The company wanted to develop a quite, relaxing product and took inspiration from the pocket watch, a Victorian era trademark. “As we did the industrial design, the form became a symbol for the idea and the product itself,” Anderson says. “Just to hold it is calming.” 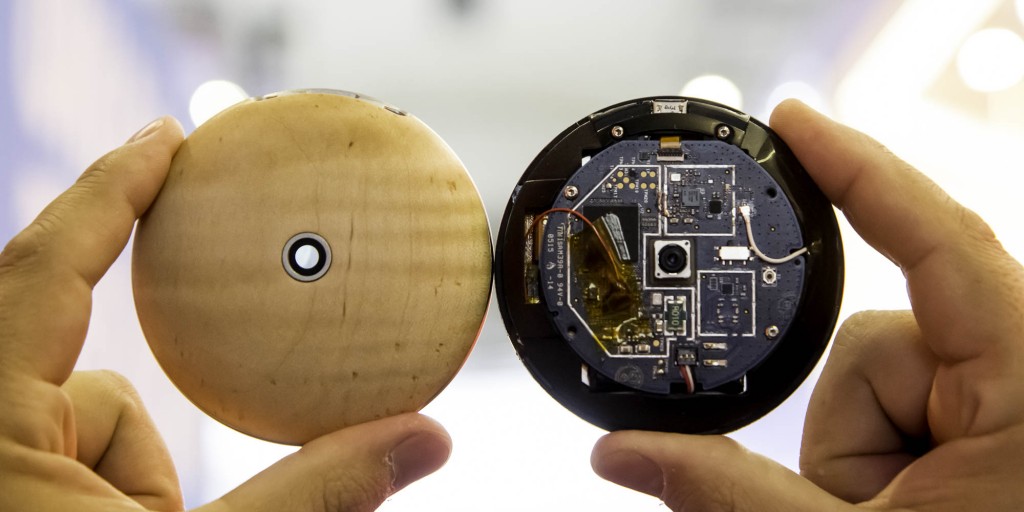 So the big question is what does it actually do? The Runcible belongs to a new category that is a combination of wearable technology and glanceable information. This term may seem new but devices like Google Glass and Smart-watches also aim to help users manage their notification via glanceable information. You know how your family dinners have become more a mobile fiddling marathon rather than actual communication? The Runcible aims to fix that fault. Aubrey Anderson talked about a few of their apps, or ‘faces’ as Monohm calls them, some of them include a compass that acts as a GPS, a camera, different colored bubbles that enhance as your social network activity increases, a face that lets you make calls. The current prototype works on Mozilla Firefox OS, giving users access to basic web apps.

Monohm has developed Runcible as a product that will last the test of time, or so they feel. Sort of like Project Ara, the ‘faces’ can be replaced with new ones and the design is easily upgradeable. They have funding from a Japanese carrier and it is expected to come out later this year. Although, don’t expect Runcible to replace smartphones or keep up with our fast-paced lives. If you’re ever tired of your phone buzzing with notifications pick up your Runcible and step out for a quite night with your family. Think it’s something you’d use? Monohm’s taking pre-orders. 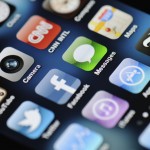