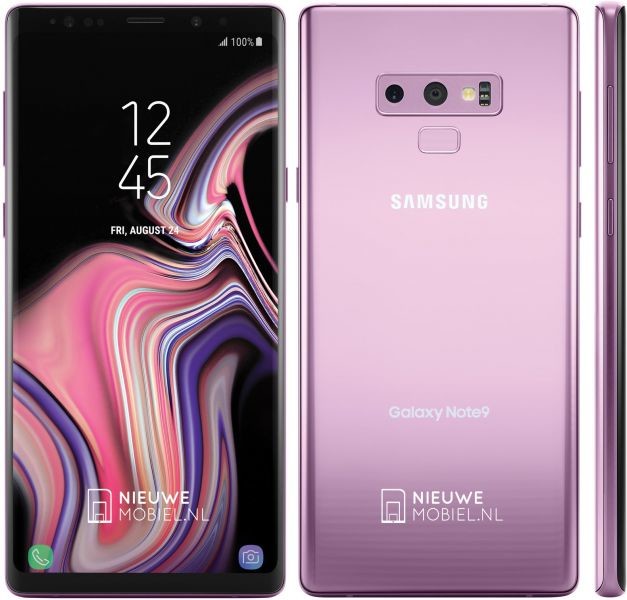 Samsung has accidentally leaked the video of its flagship phone Galaxy Note 9.

The brief teaser shows the overall design of the phone. It is important to note that the Korean giant had already leaked the flagship through a pre-order announcement. The new teaser showed off the yellow stylus that comes with the blue edition of the phone having 512GB version with support for up to 512GB microSD cards.

Collectively, the Note 9 is confirmed to have a 4000 mAh battery, the largest battery Samsung has ever put in a mass-market smartphone. Additionally, the phone is expected to come with the Snapdragon 845 chipset, which is the current flagship SoC of Qualcomm, the biggest chip manufacturer in the world. The phone’s display is expected to be a 6.3-inch Quad HD+ Super AMOLED.

The pre-order poster has been leaked from Indonesia and the prices mentioned are of two variants; the base model and the up-specced variant. The base model, with 128 GB of storage is priced at 13,500,000 Indonesian Rupiah, which is the equivalent of almost Rs.120,000 while the up-specced variant, with 512 GB of storage will cost 17,500,000 (Indonesian Rupiah), which is equal to Rs.155,000. Add custom duties and other tariffs and you can expect the phone’s base model to cost Rs.130,000 and the up-specced model to cost north of Rs.165,000.

Samsung will officially launch the Note 9 on August 9th, at an Unpacked event in New York. The Note 9 is set to be the most-expensive smartphone of the country. The mobile is set to take this throne from Oppo’s latest flagship, the Find X, which retails for Rs.129,999.

previous
Police confiscated more than 6,000 smuggled phones worth Rs. 8M in Pakistan
random
next
Global Tablet sale is on decline except for Apple & Huawei
Trending Posts