Samsung launches its Galaxy A80 smartphone with rotating camera 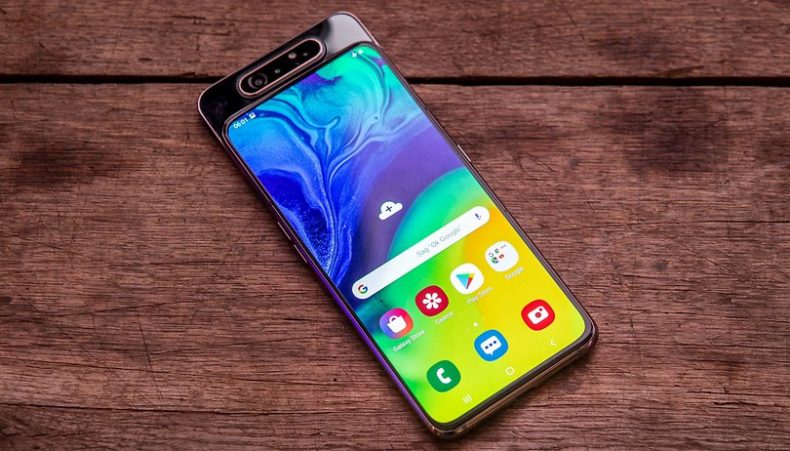 Samsung has launched its newest entry into the A series which comes with a rotating camera.

The new notch-less smartphone, Samsung Galaxy A80, was first introduced by the company a couple of months back. Samsung has developed the smartphone with an edge-to-edge display by using a rotating mechanism to bring the rear camera to the front when needed. Next month, the smartphone is going on sale in various markets around the globe including Europe, the Middle East region, and South East Asia. The smartphone is going on sale in just one variant with the memory option of 128GB which is expected to have a price tag of roughly $736 in Europe. 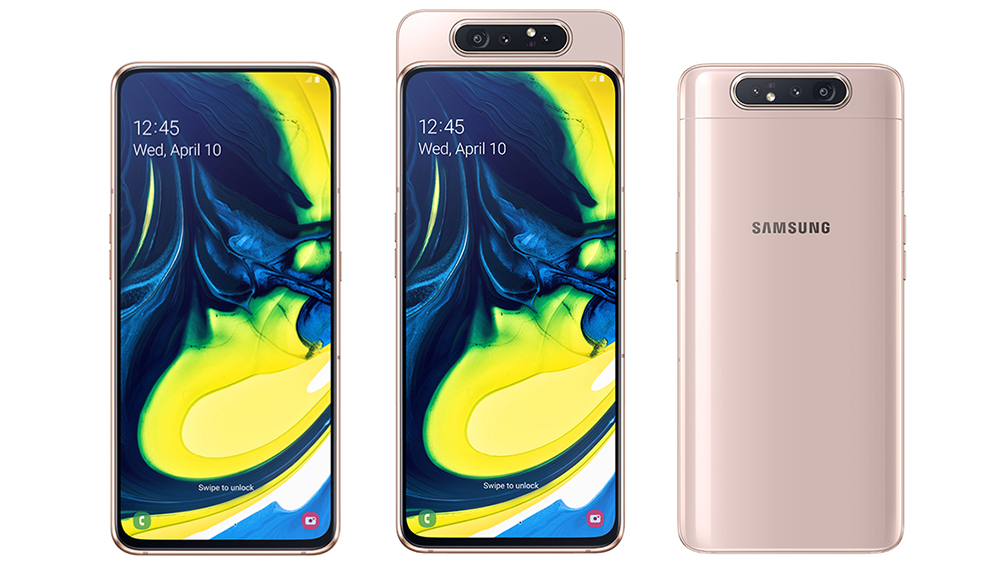 As far as the key specifications of this smartphone are concerned, the smartphone is going to be powered by a Snapdragon 730 SoC, and 8GB of RAM. The smartphone will have a 3,700mAh in battery which could be charged with a 25W fast charging solution. The rotary camera on the smartphone consists of a primary lens of 48MP. The setup is further assisted by an 8MP ultra-wide lens. The smartphone uses the novel on-screen fingerprint technology and comes with a metallic back.

In order to maximize the display area on the front of the smartphone, different technologies are being used by the smartphone manufacturers to house the front-facing cameras and the other important front-side sensors. We have previously seen the companies using pop-up cameras with different styles. Samsung previously also used pin holes in the displays to house the cameras.

The smartphone will be available in the color options of Angel Gold, Phantom Black and Ghost White.

previous
We have revived contacts with EU for implementing projects in science, technology: Fawad Ch
random
next
Wikipedia founder calls for a two-day strike against social media giants over privacy abuses
Trending Posts