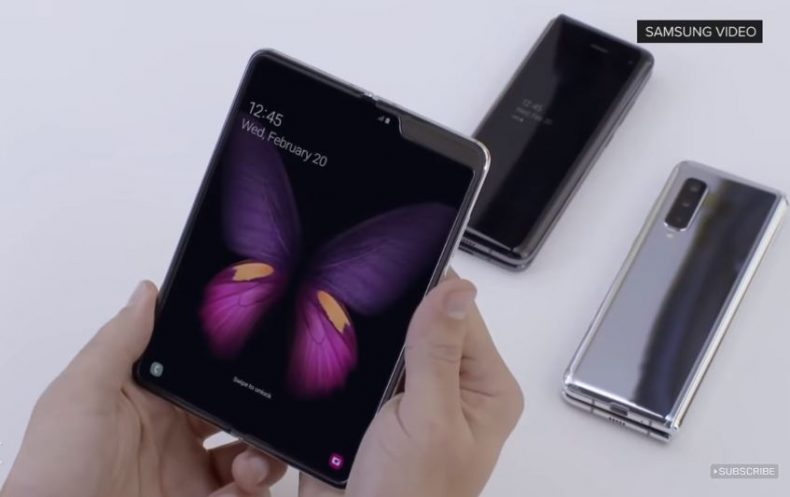 The year 2019 is officially the year when foldable phones are actually taking the stage. Phone makers like Huawei, TCL, Motorola shared insightful details about their folding plans at MWC 2019 which we extensively covered here.

The Samsung Galaxy Fold is bold and exciting. Previously at the company’s event in San Francisco, Samsung made an announcement that its first foldable will cost around $1,980 and will be available for sales in various markets from April 26. As of now, more details about Samsung’s innovative product have been revealed via Cnet which shows that the phone represents a new form factor altogether.

Samsung Galaxy Fold features a foldable OLED screen. When the phone is closed, it has a secondary 4.6-inch display which works like the phone cover. The phone opens like a book to make itself a 7.3-inch tablet. The phone has the “Infinity Flex Display” which hides the line across the center of the screen. The fancy plastic material will let the screen flex and fold hundreds of time without breaking. Additionally, the apps will switch smoothly between display sizes thanks to Google’s upgraded operating system.

Here’s the most recent video of the phone posted on Cnet’s YouTube channel:

Galaxy Fold has a total of six cameras and these will allow a user to take pictures easily in each screen configuration. Galaxy Fold has a triple camera set up on the rear just like the Galaxy S10 and a single 10-megapixel camera on the front. When you open the phone like a tablet, there you will see two additional cameras inside: a selfie camera and an 8-megapixel depth camera.

Galaxy Fold will have two variants, one that works on 4G and another for 5G. The phone’s fingerprint scanner is on the power button on the side. The phone has 512GB of internal memory with no expandable storage options. On the processing capacity, the device boasts Octa-core Qualcomm Snapdragon 855 chipset. The phone packs a 4,380mAh battery power across two batteries embedded in it. The phone also supports fast wireless charging 2.0.

previous
QS Subject Rankings for 2019 are out: here’s how Pakistani universities fared
random
next
The cyberbullying trend of WhatsApp — 'Momo is dead', says creator of the sculpture
Trending Posts