Samsung may unveil the foldable Galaxy X at CES 2019, report

Samsung is aware that it’s losing dominance in the smartphone industry and even quite recently the South Korean tech giant recorded a low revenue due to poor Galaxy S9 sales. To make a strong come back Samsung needs an innovative smartphone like its ambitious foldable phone and the Samsung’s Vice Chair Lee Jae-Yong has the authority and ability to make such bold decisions, as reported by Korean media outlet The Bell cited by PhoneArena.

Mr. Lee was released from the prison earlier this year and is currently on four years probation, however, he still has to complete his 2.5 years of imprisonment. The Korean media outlet notes that Samsung is looking towards the foldable Galaxy X (or whatever name it gets) as the major game-changing phone in this tough time for the company. The report further adds that Mr. Lee has the authority and strategic thinking to make such bold and long-term decisions. A foldable phone is the last chance for Samsung to regain market dominance and compete with Apple in big markets like China, as The Bell states;

“The popularity of foldable smartphones has not yet been proven, but now it is considered the only alternative to rebuilding the market dominance. Samsung Electronics is taking the risks and taking the lead in the market. It’s the biggest watchpoint.”

While a number of rumors previously refuted the launch of Galaxy X somewhere in early 2019, the new report further affirms that Samsung will release the world’s first foldable handset in January next year with an earlier introduction at Consumers Electronics Show (CES) 2019 in Las Vegas, the US. However, an early release of the smartphone is conditioned with an in-folding version instead of an out-folding handset with a screen outside of the phone.

Meanwhile, The Bell is greatly confident that Mr. Lee is the right person to grow Samsung business and lead the company in the right direction. They pointed out on the last minute change on Galaxy Note 9‘s design suggested by Mr. Lee to make the device more thinner. The Vice-Chairman made this decision after meeting with the bosses of competitors like Xiaomi, Huawei, and Vivo in China and checking their phones at a local outlet.

Well, Samsung hasn’t confirmed any of the updates regarding the foldable phone’s early release. So let’s wait out until Samsung officially spits something out on the matter. 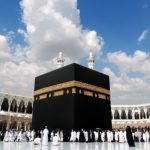 Saudi Arabia announces Hajj Hackathon for techies around the world