This year we have seen a great surge in entrepreneurial activities going on in Pakistan, there are hackathons, startup weekends, business idea competitions everywhere. Good that now people have more options and easy access to all the mentors and experts out there. These days starting something is not very difficult, all you need is a good idea, and a heart to built it to completion.

Savaree is one such application that was developed in two days by Madeeha Hassan and Qasim Zafar at Lahore Hackathon, 2014. After winning the competition, they both decided to take on the project further instead of letting it go to recycle bin. As it’s said the first step is the most difficult but Madeeha and Qasim had bravely taken the initiative and vowed to release the application very soon. The beta version of the application was released in a few days and received brilliant response from the users. The team expanded with the addition of Faisal Basra, Zuhaira Farooq & Ahmad Jabbar. They all worked day at night to bring the idea to life.

You might have guessed that “Savaree” has something to do with vehicles, a taxi service maybe. Not really, but you’re close. Let’s consider this scenario; You want to go to Islamabad, but you have a conveyance problem? What you do? You either go on Daeewoo or ask a friend to help you out. Wouldn’t it be great if your smartphones tells you who is going to Islamabad around you. Yes, Savaree app comes to your rescue in all such daily situations. You can check the application to see if someone has the same destination and then you can contact them to get a ride. The application not only saves you money and time but also let’s you meet new people. If you are worried about the security don’t worry ‘Savaree’ team has thought about the issue and all the ‘Savaree’ users have to share their NIC number in order to get registered for the app. 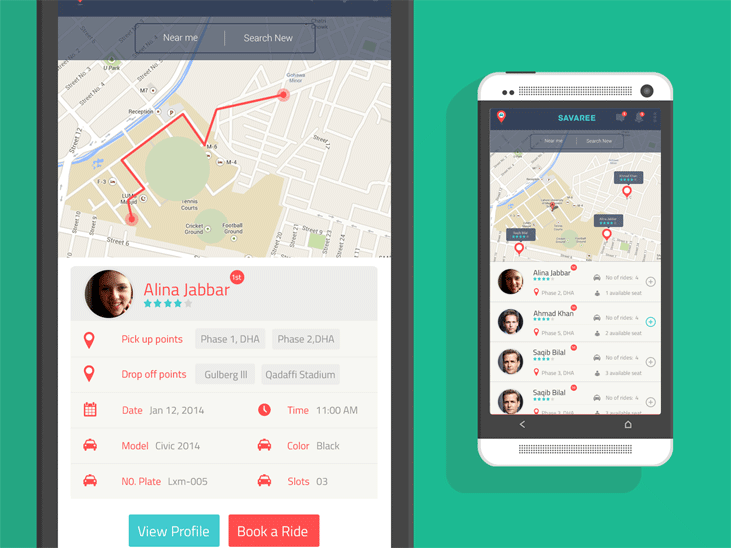 Savaree recently won 3rd prize in LUMS Entrepreneurship Challenge and they will be visiting the Foundation Council in order to enroll in LUMS Center for Entrepreneurship Program. As the app is comparatively new, it might take a while (and maybe some promotion) for it to gain a user-base big enough that one could easily find a ride or passenger on their route whenever one wants. People might be a little hesitant to use such a service but we think that the security is well covered, as details of each Savaree are documented. Further more since the app lets you get in touch with the other party you can always ask a few questions for your own satisfaction. All of it happens with a secure layer of trust between the driver and the rider.

Whether you have a vehicle and wouldn’t mind some company while going somewhere, or you need a ride to reach some place, you can benefit from this app. So what are you waiting for? Give Savaree a try and tell us your experience in comments below. 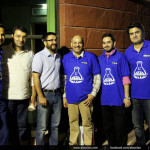