Seems like big tech firms are in no hurry to open up their offices. Several of San Francisco Bay Area’s largest technology companies including Twitter and Google plan to keep their offices largely closed for months more despite the government allowing them on Tuesday to be opened in a limited capacity.

As reported by Rappler, taking into account declining coronavirus infections, San Francisco and Santa Clara counties eased guidelines that had kept most office buildings closed for the last year except to crucial security and support staff.

Starting Wednesday, companies are allowed to open up their offices for up to a quarter of their capacity.

“San Francisco is going to come alive,” Mayor London Breed told reporters. “When we start to reopen, more and more people are going to want to return to work and want to be around other folks.”

But Silicon Valley companies that committed last year to allowing workers to stay home until this summer or indefinitely said that they stood by their timelines.

They cited their own analyses of public health data, other safety considerations, and workers’ preferences. Adoption of vaccines, which in California are accessible to only the most vulnerable populations, is also a factor but a smaller one.

Pinterest is not eyeing a significant reopening until at least August, Alphabet’s Google until September, and DocuSign Inc not before October.

Twitter, Adobe, PayPal, Twilio, Yelp, and Zoom also will stay closed despite what Breed and other local government officials described as a move to the “orange tier” from the “red tier” of California lockdown restrictions. 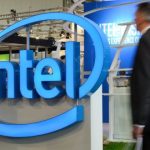