After an erratic time from its IPO in March, the Snap stock price has traded below its IPO price of $17.00 for the first time. For most investors who own the Snap stock, that is bad news as it means the value of their investments has dwindled.

Since its IPO, Snap has had difficulty keeping up to the hype it debuted with on the market. In the technology world, it is a negative sign for both current and potential investors when the share price of a company goes below its IPO price. It shows that the fortunes of the company are reducing and is also a sign that the fundamentals of the company are not working as expected.

While the investors who bought the stock at its IPO are sadly counting their losses, those who bought the stock before the IPO are not so worried. After all, the company’s fully diluted value is at $23.8 billion which is higher than the pre-IPO value of $20 billion. However, even with such good signs for the initial investors, the industry experts have stated that there could be a massive selloff of shares once the share lock-up period of 150 days lapses on the 31st of July.

While the fundamentals are not in favor of Snap, all is not lost since some tech firms have had their share trade below their IPO prices but ended up with large valuations such as Facebook and Amazon. 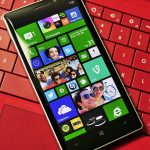