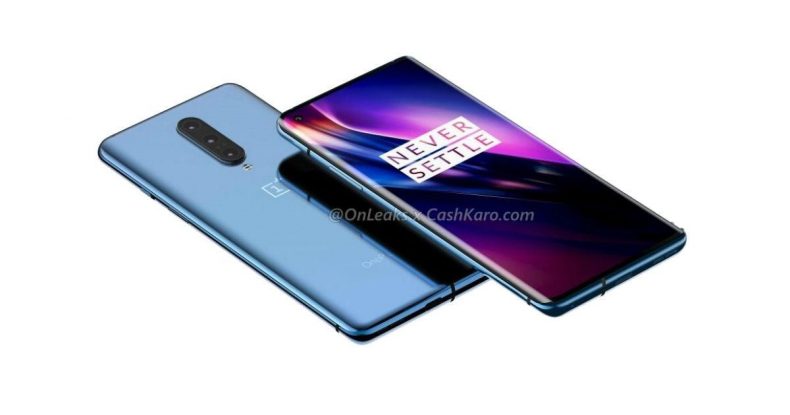 The leak also contains information regarding the phone’s dimensions, which are supposed to be 160.2 x 72.9 x 8.1 mm. It will feature a 6.55-inch display, stretching across the whole front of the phone, apart from the minuscule camera hole, obviously. The construction is reported to be an aluminium frame with a glass back, as is the norm with high-end smartphones these days. The back will feature an updated triple camera setup arranged in a vertical manner, with a flash as well. The bottom contains a USB-C port for charging, a SIM card slot and a speaker. Whereas, the power button and alert slider are on the right side, with the volume buttons on the left as usual.

Since this will be OnePlus flagship, the phone is expected to have nothing but the best hardware.  This includes the next-generation Snapdragon 865 processor and up to 12 GB of RAM. The phone is expected to offer 128 GB as it’s lowest storage option and will most probably be running Android 10 with the OnePlus OxygenOS skin. The OnePlus 8 will almost certainly support 5G and might even become the first OnePlus to be equipped with wireless charging as well.

Needless to say, OnePlus is still a long time away from debuting the OnePlus 8 to the general public, but this reveal has given us a lot of details about the upcoming phone. Let’s hope it turns out to be as good, or even better than what we’ve seen.