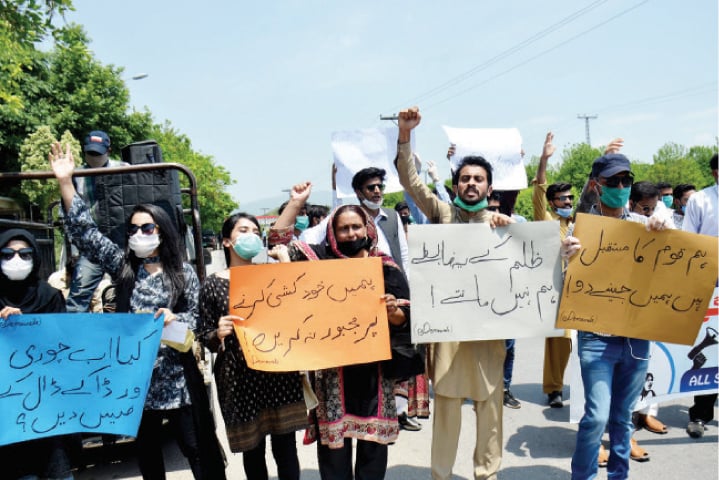 Students from all over Pakistan are protesting against the fees being charged by their respective organizations as the classes are being conducted online only. As per the students, HEC is accountable.

Twitter is swamped with an online protest with hashtags like #HECJawabDo and #saynotoonlineclasses. As per the students the semester fee consists of tuition charges, Sports fees, and internet expenses. As students are unable to go outside their main concern is why they would be paying for all the facilities they are not using. Besides, the students are also raising their voice against the fact that they are using their own resources for the online classes and exam, why would they pay full fees.

A week ago university students all over Pakistan gathered around and took part in a protest. The protest took place outside the office of high education commission Islamabad. The motive behind the protest was to waive off the semester fee that students are obliged to pay. 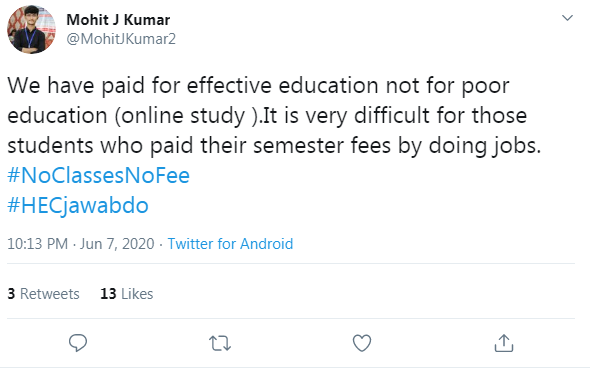 Another motive of the protest was to cancel the online examination and to be promoted to the next semester. The students held play cards in their hands and blocked the capital’s service roads for traffic.The students have voiced their concerns equally on social media platforms stating that pandemic has affected students belonging to every grade equally yet severely. 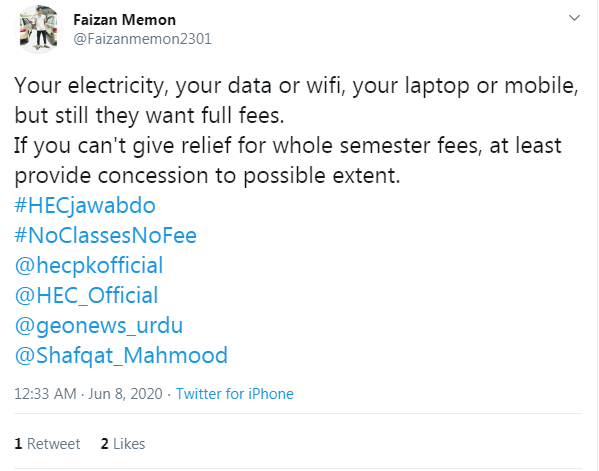 Last Sunday a press conference was held by the student’s representatives in Islamabad. In the press conference, the representatives also said that many letter s have been written to the Federal Minister of Education yet none of the letters were answered. The complaints were also filed on the PM’s Citizen Complaint portal but no hearing was held from there.

Student representative Asad Azhar said that the students are not against the fees that are being charged from them rather than the fact that they are unable to avail of the facilities for which they are paying.

In response to the protest, the Federal Minister said that they do not have the authority to take action against it. The chairman of higher education commission Tariq Banuri said that the protesting students were in minority and do not represent the majority who wanted to acquire knowledge through hard work. 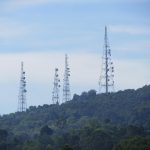 Federal Government releases Rs 5.17 billion in IT and Telecom division funds so far this year