In quantum mechanics when linked particles remain connected even when they’re separated by large distances, they become entangled.

In a study published in journal science, Professor Jian-Wei Pan of Hefei University of China, through an experiment was able to split pairs of “entangled photons” produced by a laser on a satellite orbiting 300 miles above the earth and placed them 1203 kilometers apart without breaking the link between them.

This is the first time entangled photons were generated in space. The distance is reported to be 10 times greater than the previous record regarding entanglement. “It’s a huge, major achievement,” said by physicist Thomas Jennewein at the University of Waterloo in Canada.

The idea of creating secure communication systems that can send messages without the use of signals, cables or any kind of code can be achieved by Quantum Entanglement. This is possible because any action performed on one of the twin particles can be detected by the other regardless of the distance. According to quantum mechanics, measuring a quantum system disturbs it, which makes it impossible to hack.

This is still a fairly new discovery, therefore, there are still various test to be done on the whole idea of communication through Quantum Entanglement, one test would observe the change in gravitational fields and how they affect the entanglement present between the particles. “There are not many experiments which test links between gravity and quantum physics, I’m personally convinced that the internet of the future will be based on these quantum principles.” said by a physicist Anton Zeilinger from the University of Austrian Academy of Sciences in Vienna. 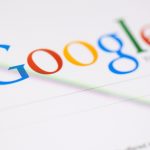