Teenager Ellis Pinsky, who was 15 at the time, masterminded a  crypto hack worth $23.8 million.  In the few years since then, he has conducted very few interviews on the subject, and remains enigmatic. But on Nov. 20, Ellis Pinsky described in a deposition when he got caught how he convinced an AT&T employee to give him control of a phone number belonging to a wealthy cryptocurrency investor, Micheal Terpin.

Pinsky and his crew were a group of teenagers who used Micheal Terpin’s phone number to steal $23.8 million worth of cryptocurrency from his account in a kind of fraud called SIM swapping. Pinsky was never charged with a crime.

Terpin admitted that he waited earlier this year until Ellis’ 18th birthday to file suit against the teen as an adult. That way, Terpin said:

“It will be easier to sue him [than it would be if he was a minor] and we’re intending to get treble damages. These are crypto gangsters. My nickname . . . for [Ellis] is Baby Al Capone.’”

Turns out this was a case of SIM swapping, which occurs when scammers impersonate another individual to dupe their phone providers into switching the targets’ number onto a new SIM card. Then, with access to a victim’s texts and calls, hackers bypass security measures like two-factor authentication to infiltrate their crypto apps.

In October, Pinsky agreed to cooperate with Terpin to share how the hack worked and pay him $22 million in a civil settlement.  Should Pinsky go on to start a multi-million-dollar business, Terpin will be first in line to grab some of his profits, but he has no intention of trying to claim Pinsky’s paycheck “if he’s just flipping burgers,”

Terpin says that Ellis Pinsky has a great chance of becoming a millionaire if he could manage to do such a robbery he definitely could manage to make some clean money as well. Pinsky is a bright young man. He’s now a student at New York University.

Pinsky has since become a headline sensation, with a photo of a younger version of himself holding a Dom Perignon bottle while surrounded by girls in a New York nightclub splashed across tabloid pages, where he was dubbed the “Baby Al Capone.” Ellis Pinsky’s alleged co-conspirator teenager was sentenced last week to 18 months in prison for helping launder Terpin’s crypto. Terpin is suing AT&T the telecommunications giant in the Central District of California for allegedly failing to protect his information, and plans to use Pinsky’s deposition as evidence. Terpin said:

“Considering this has been going on for years, it is shocking to me that to this day any $9-an-hour retail clerk has the equivalent of White House security clearance to enter records into AT&T’s database. Imagine if you could go into your bank and say, ‘Hey I forgot my PIN. Can you give it to me?”

AT&T spokesman Jim Greer said, “We have security measures in place to help defeat them, and we work closely with law enforcement, our industry, and consumers to help prevent this type of crime.”

The trial for Terpin’s lawsuit against AT&T is set for the middle of next year.

Ellis, apparently, is still living at his mother’s Irvington home, as a Post photographer spotted him there last week.

“I’m quite aware that winning this will be a precedent that will be used in thousands of cases going forward,” Terpin said.

“And that will help the little guy.”

Things appear to have unraveled for the Teenager during an investigation of the missing crypto. As Terpin’s attorney O’Donnell listened to recordings between collaborators in the crime, the teen’s name came up as a key participant. O’Donnell told The Post that he contacted Ellis’ mother at her office, and a lawyer returned the attorney’s call. Although Ellis did not admit to anything, he allegedly took unusual action. 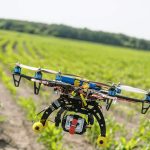