The Game of DTH license auction in Pakistan

Following the government’s announcement of going forward with the Direct to Home (DTH) license auction, the Cable Operators Federation (COF) announced their plans of going on a strike on 21st November, Monday at 7:00 pm. Protests are also expected to take place in front of the PEMRA office in Islamabad with some cable operators threatening shutting down their cable services in retaliation.

What is the difference between DTH and Cable TV?

The COF representatives argue that the government plan of auctioning DTH licenses will effectively spell an end for the cable business in Pakistan, sinking their investments and possibly affecting jobs and income for thousands of households. Some cable providers are calling for postponement of 5 years or more, allowing them the due time to plan and recover their investments before DTH and High Definition channels take over. The DTH licenses have already been delayed/postponed twice before.

There has been no official word from PEMRA regarding the recent announcement from COF, and the license auction is expected to go as planned on the 23rd of November, Wednesday. The DTH services plan is expected to bring in significant investment for the Pakistani media, with projected figured looming around the $400 million mark.

Currently as per plan, PEMRA will be offering 3 licenses to 12 potential buyers. Each license will be issued for an initial period of 15 years with extension clauses allowing companies to renew their licenses at the end of the term. The 12 shortlisted companies include an array of manufacturing and services companies both with local and foreign interest. While PEMRA has directly banned investment from Media Companies (to thwart any attempts at monopolization), it has not stopped them from seeking partnerships and creating subsidiaries (fronts) to get in to the DTH game.

With PEMRA allowing for foreign investments and partnerships, a second round of shortlisting is likely to follow up after the auction. The companies will be evaluated on technical grounds to ensure that the benefit of this process goes directly to the consumer. This is why the highest bid alone will not suffice or guarantee license allotment.

The initial shortlisting process eliminated the ISP, Link dot Net Pakistan, World Call Telecom, Vision Broadcast and Sharif Feed Mills (Pvt.) Ltd., with the last being a shock exit. Here is what we know about the remaining 12 participants:

Amongst the competing companies, it’s difficult to pick 3 clear contenders but considering the investment and technology required I have picked Orient Electronics as one viable choice (Disclaimer: I work for Orient Group). The company has experience in manufacturing consumer electronics and hence, can capitalize on its hardware capabilities to provide a reliable solution in the market (with an after sales service plan). Other companies are likely to import boxes or manufacture in China.

The second contender, in my opinion, has to be Startimes, China. I picked Startimes over other foreign investment groups due to the company’s experience in Media distribution. The company is also likely to be the strongest investment-wise.

My last pick is Sardar Builders, Saudi-funded group just due to the pure financial strength of the group. The company has been responsible for some the most exciting projects in Pakistan and has a very good chance to outbid most of the other participants to win the license.

How do you feel about our picks? Send us your arguments in the comments below, and remember, no matter which company wins, the real winner is the consumer.

Disclaimer — The views expressed here are of the guest contributor and doesn’t necessarily reflect the views of TechJuice editorial staff.

Ali is a technology enthusiast with key interest in new research and product development. While he pens articles to bring you the latest from around the world, Ali also loves healthy discussions. So if you have an opinion, don't forget to leave a comment! Profile 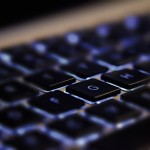