This female engineer is challenging gender stereotypes with #ILookLikeAnEngineer 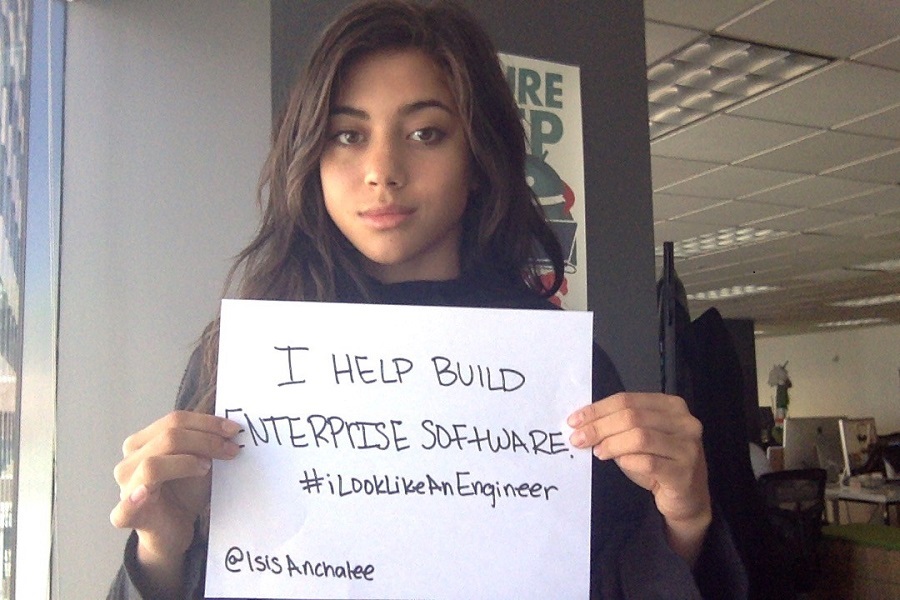 Gender disparity is not just a third-world problem. Women all over the world struggle with gender stereotypes. No matter how many campaigns we do, no matter how much awareness we try to create among people, women are still objectified. About 150,000 people tweeted #IllRideWithYou in 12 hours. Over 310,000 people have supported UN Women’s #HeforShe campaign led by Emma Watson. And more than 20, 000 people liked Reese Witherspoon’s #AskForMore Instagram. Such feminist hashtags demanding gender equality unite millions of people, but no lasting change is ever seen as evident by Isis Wenger Anchalee’s story.

Isis is a 22-year-old college dropout who works as an engineer at a San Francisco based tech startup called OneLogin. She also gives Yoga classes and is a hip-hop dancer. She is also the reason why you may have seen #ILookLikeAnEngineer trending on Twitter.

This is how that came to be: a little over a week ago, her company launched a new ad campaign that featured Isis and some of their other employees. The ad appeared all over the Northern California Bay Area. Here’s what the ad read: 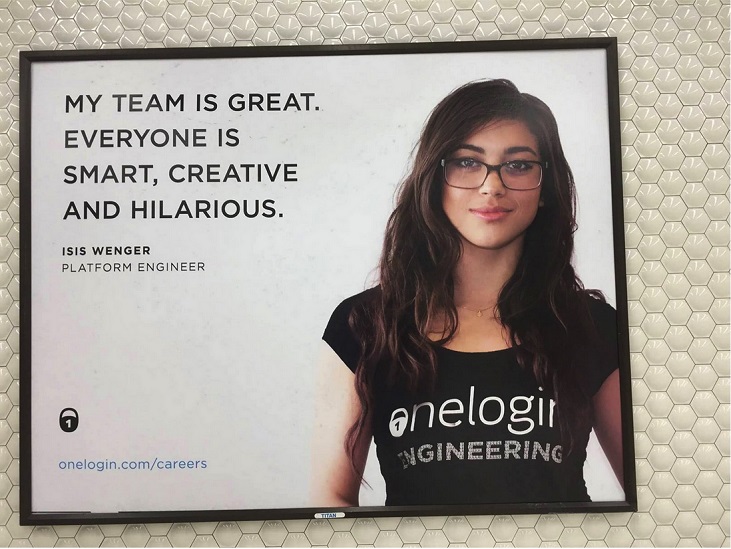 Shortly after the ad was launched, some people posted it online saying that Isis did not fit the description of a typical engineer. This followed a string of unflattering and nasty comments, most of which are not fit to be mentioned here. But Isis did not remain quite nor did she retaliate. She used this as an opportunity to raise awareness about gender stereotypes and the discrimination that, particularly, women in tech face. She posted a blog on Medium listing some of her own impolite experiences at the workplace. Here’s an excerpt from her post:

“I would like to add that both men responsible for these unfavorable experiences are not bad people. They are both socially-accepted, “smart” and “normal” guys. This illustrates one of the industry’s deep underlying issues. There is a significant lack of empathy and insight towards recognizing that their “playful/harmless” behavior is responsible for making others inappropriately uncomfortable. I just want to make it clear that we are all humans, and there are certain patterns of behavior that no one should have to tolerate while in a professional environment.”

So in order to promote gender diversity in the field of technology, Isis tweeted this picture of herself with the hashtag #ILookLikeAnEngineer. Needless, to say that it went viral. Since then, thousands of people have used this hashtag to promote her cause. This incident has also prompted Isis to start her own website www.ilooklikeanengineer.com. She aims to make the website “a safe platform for us all to continue to share our stories and experiences relating to diversity issues in tech”. She is currently seeking UX designers and people with knowledge of Ruby on Rails and Backbone.js to help with the build. 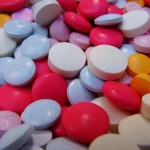