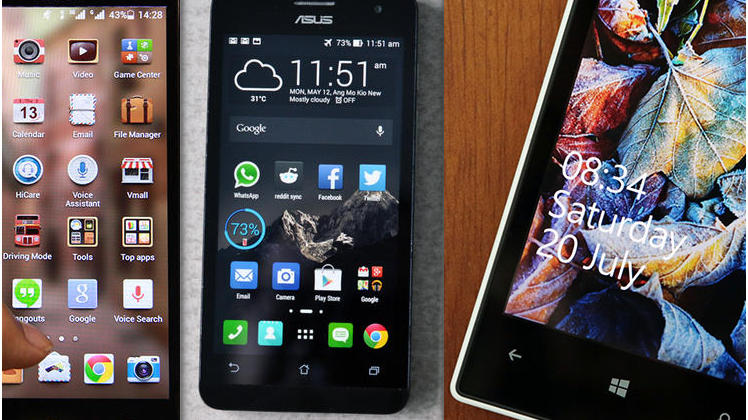 This is the latest edition of our smartphone buyer guide. Recently, we listed out the top 5 smartphones under the 10K range. This edition moves higher towards the lower mid-range, higher budget-range smartphones. This is where the competition starts to get tougher. Below are the top 5 phones that you can get within the 20K range.You can also check out latest mobile prices in Pakistan here.

Our Pakistani brand bides quite well in this price range with the QMobile Z10. A 5.2” IPS LCD display with a resolution of 1080 x 1920 pixels is the standout feature of the smartphone. The screen quality is one of the best you will find in this price range and beyond. Other than this, the phone has a MediaTek MT6753V chipset and an octa-core Cortex A53 with a whopping 3 GBs of RAM. 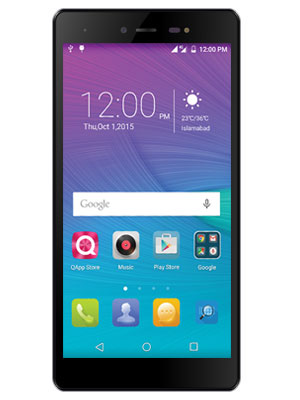 The trimmed down, cheaper version of the Lenovo K3 Note has jolted the budget smartphone arena. The Lenovo A7000 carries with itself all the elements that you would expect from a mid-range smartphone but at a mere price of 18,790/-! Launched last year at the MWC 2015, the A7000 is thin, light, and glamorous. The key specifications of the smartphone include a 5.5” IPS display, the MediaTek MT6752m 64-bit octa-core processor, the Dolby Atmos sound system, and 2 GB of RAM. The major advantage that the Lenovo A7000 has over the K3 Note in Pakistan is the economic feasibility and availability. 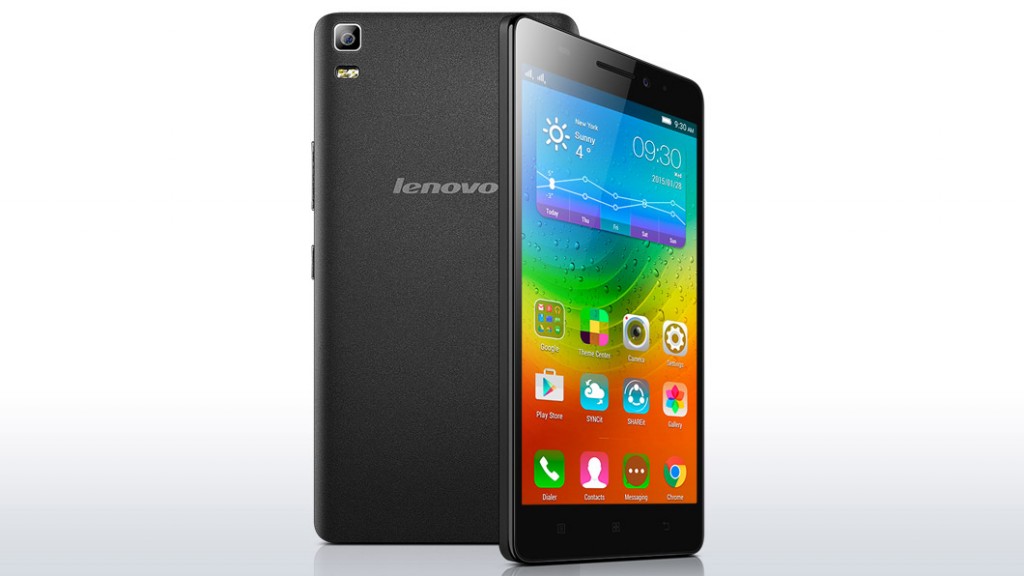 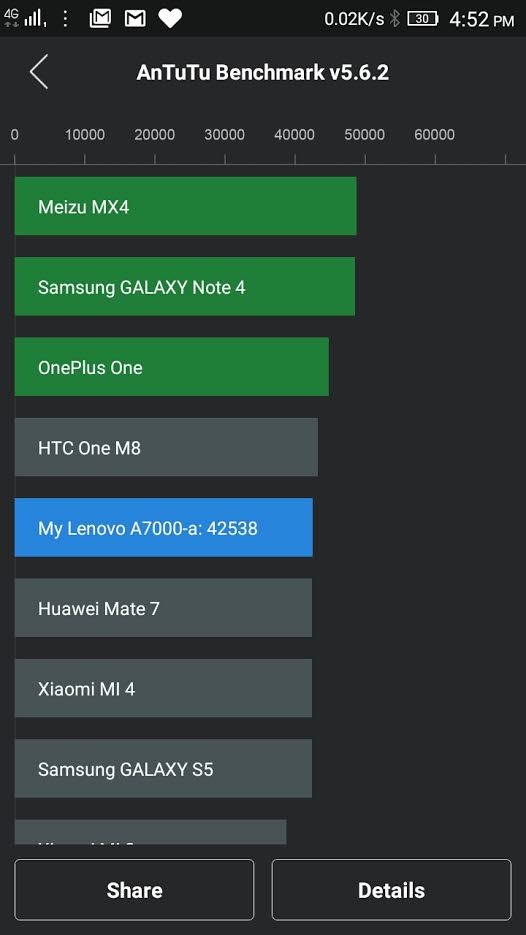 The Lenovo 7000 stands just below the Galaxy Note 4 and OnePlus One in the Antutu benchmark.

The Samsung Galaxy J5 stays true to the mark that has been set by Samsung’s economical J-series. The phone features an immersive display with the Super AMOLED technology that provides deeper colors and an overall brighter display. The design is perhaps the most notable of all the features of the phone – it’s the traditional Samsung rectangular design with the rounded corners. Overall, the phone is elegant, slim, and simply beautiful. Coming on to the specifications of the phone, it has a 5.0” display with the powerful Qualcomm MSM8916. Apart from this, the J5 also features a wonderful combination of a 13 MP back and 5 MP front shooter that handle the job well. 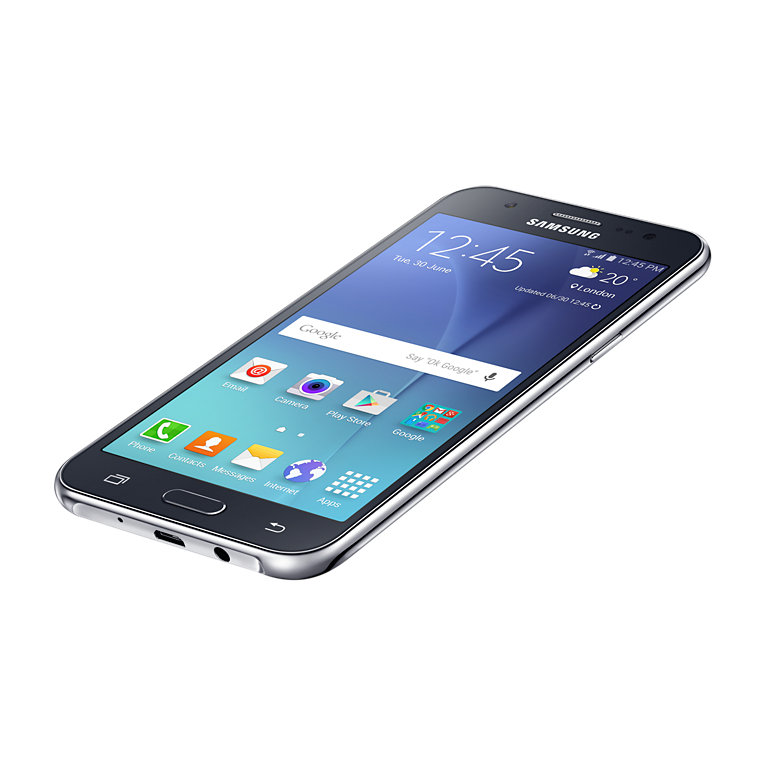 Huawei, the Chinese company, never disappoints in terms of power and performance. The Honor 4c was launched in April 2015 and it still continues to be one of the best smartphones in this budget range. The HiSilicon Kirin 620 is one of a kind that stands apart from the Qualcomm and MediaTek chips that are widely available in the market today. The power packed performance of the Huaweri Honor 4C is worth the money. Huawei Honor 4C also has great support for updates – It was launched with the Android KitKat (v.4.4) but it has support to up to Android Marshmallow at least (as announced by Huawei).

Reasons not to buy

The necessary Windows phone for the price group is the Lumia 550. Released in October 2015, the Lumia 550 comes with the latest Windows 10 out of the box. This is accompanied with a Quad-core Cortex A7 processor that performs quite well even under pressure. The 4.7” screen size is somewhat a newer experiment by Microsoft (considering that they’ve either done 4” or 5” phones in this range). This experiment however, in our opinion, works well because the phone is easy to hold and use with both hands as well as one hand. The RAM is on the lower side though, even despite Microsoft’s efficient memory management, 1 GB is below par in this price range. 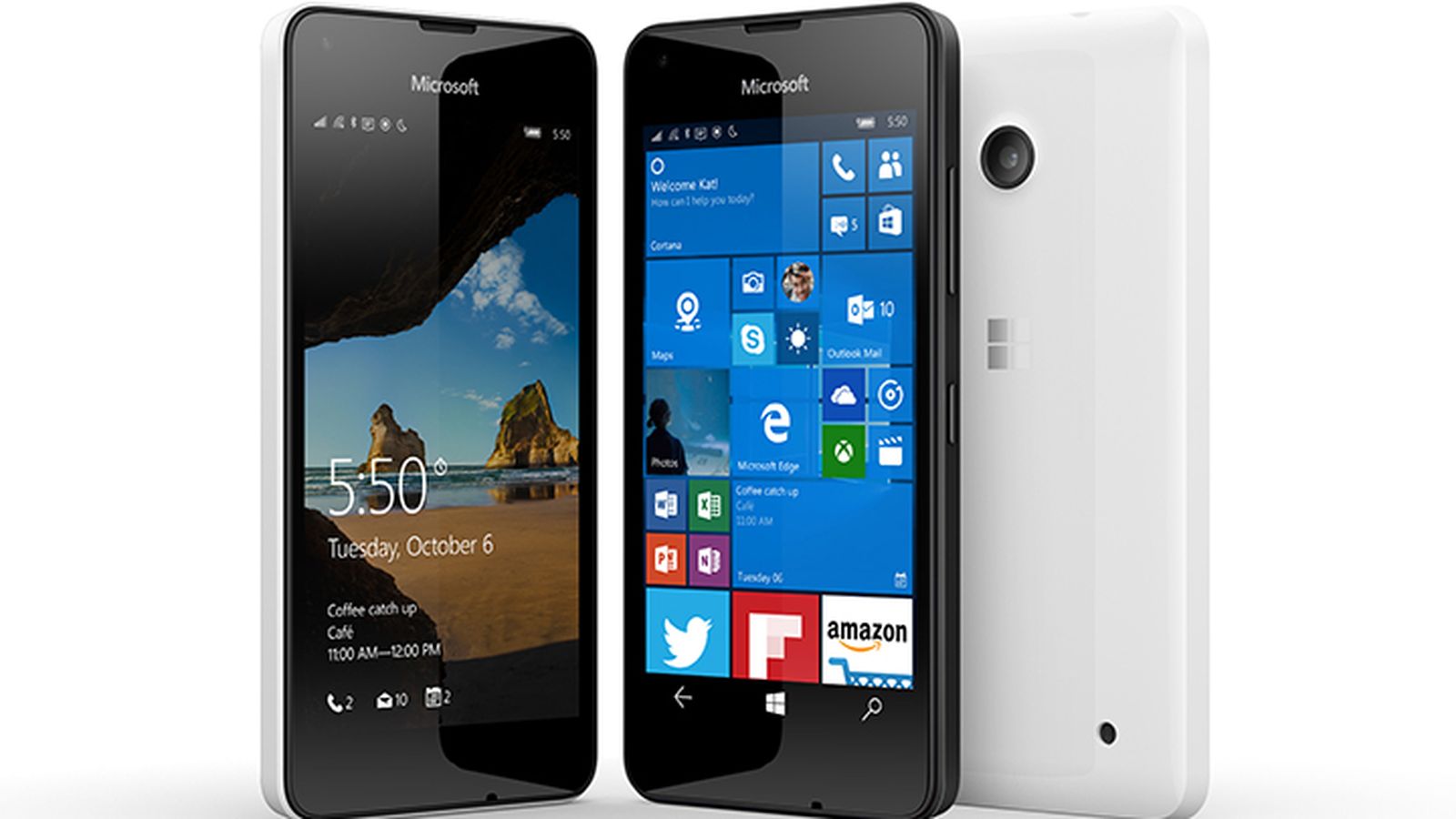 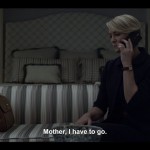