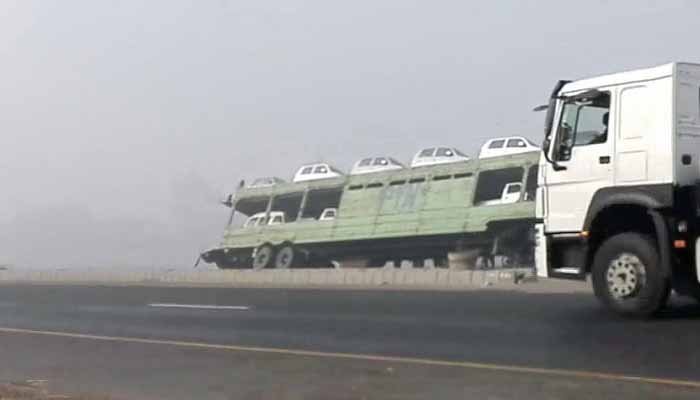 At least 13 electric cars imported from South Korea were damaged after a trailer on which they were loaded overturned near Nawabshah on Friday.

As reported by Geo News, The speeding trailer overturned on the national highway near Dino Machine area of Daulatpur in Nawabshah. The truck, according to the motorway police, was loaded with electric cars.

Sharing further details of the incident, motorway police said that the trailer was on its way from Karachi to Lahore when it overturned, adding that no loss of life was reported due to the accident.

The value of each car is estimated at Rs9 million. Footage of the spot shows the trailer and other vehicles turned turtle on the highway.

It is worth noting here that Federal Minister for Science and Technology Fawad Chaudhry, while attending the launch of an upgraded version of the Lahore Chambers of Commerce website, said that battery-powered electric cars will be hitting the roads of Pakistan soon.

He said that the government taking every necessary measure to make Pakistan economically strong, adding that credit for the revival of economic activities goes to Prime Minister Imran Khan.

“Pakistan is among 18 countries who are making their own ventilators,” said the science and technology minister. 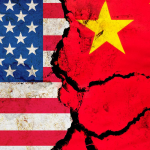 The race for 6G dominance between the U.S and China begins