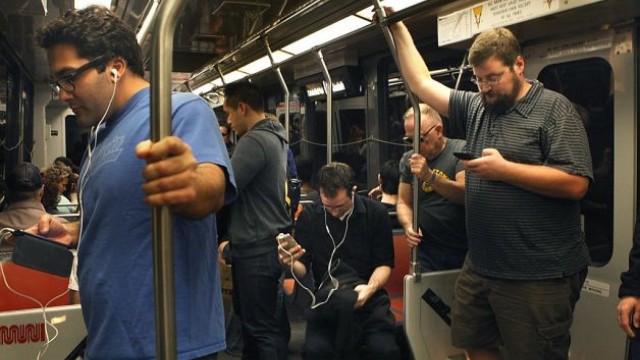 Since 2010, over 500 individuals hooked to their smartphones have got themselves killed after being hit by trains in Dhaka.

The capital city of Bangladesh has seen a lot of train hits to individuals who were not attentive to their surroundings. According to the most recent data from the local police authority, the number of phone users who are killed through hits with trains is significantly high. A total of 535 phone users, who were either talking to someone on their phones or listening to music, have so far been killed in train accidents.

This number only accounts for the deaths which happened after 2010, that is after when the smartphones became popular. Most deaths in a year happened in 2014 when a total of 109 people were killed. The number later decreased because of the awareness activities which were conducted by the local police. These deaths mostly happened because of personal carelessness of the phone users. These are deaths which could be averted if the users have been more careful of the phone usage in dangerous territories.

AFP, which got into contact with local railway police authorities, quotes the Chief of Dhaka rail police Yeasin Faroque Mozumder as saying, “Walking on railway tracks and putting on headphones is banned in the country. Still a lot of people ignore the ban and are killed by trains”. The Deputy Chief of Dhaka rail police Morshed Alam mentioned that the concerned authorities have conducted a lot of awareness activities including various walks and rallies but individuals were still found walking on the rail tracks with little or no attention to their surroundings.

These numbers only account for the deaths which happened only because of careless phone usage. This number doesn’t include other train-hit deaths caused because of fatal accidents or suicides on railway tracks. Most of the railway tracks lie unfenced from the populated areas.

As technology keeps innovating and taking new shapes, more efforts have to be directed to ensure that these technologies are used positively. Care should be taken while tending to one’s phone to make sure that you don’t get blanked from your surroundings. While driving, Bluetooth connect should be used to answer important calls.