This update was first spotted by app researcher Jan Manchun Wong who shared images in a recent tweet. According to Wong, the service includes an ‘undo tweet’ feature as well as ‘reader mode’ that makes it easier to view long threads. This further extends to additional customizable options such as new app icons.

Twitter confirms “Twitter Blue”, which costs $2.99 per month by publicly including such In-App Purchase on the App Store

This new service is a clear indication that Twitter is working on new methods to gain profit and with the new upcoming features coming soon it just might be successful. 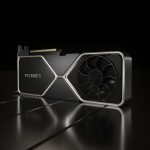