Asia Society announced the Asia 21 Young Leaders Class of 2015 and two Pakistanis have received the honor of being among the 32 people graduating this year. They are Mohsin Mustafa from The Aman Foundation and Muhammad Sabir, a community worker and founder of Slumabad.

Coincidentally, both of them are activists promoting welfare in Pakistan. Mohsin Mustafa is a doctor who has been working with The Aman Foundation since 2013. The Aman Foundation is a non-profit organization that aims to make strategic interventions in Pakistan for advancements in the areas of Education, Healthcare, and Nutrition. Mohsin Mustafa has worked on various projects for the Aman Foundation including training 10,000 personnel for disaster response, relief work for internally displaced persons in Pakistan and working in Aman Community Clinic which serves a large number of people free of charge.

The most inspiring of all their projects is the AmanAmbulance, a state of the art system which follows protocols used by international ambulance services. It is perhaps the only ambulance service that has a doctor and a trained paramedic on board. In recognition of its services to the city of Karachi, AmanAmbulance received the Award for Asia’s best Institutional Emergency Medical Service, from the Asian EMS Council in October 2014.

Muhammad Sabir, on the other hand, has a more than inspiring story of courage and perseverance. Sabir comes from a family of nomads living in slums in the outskirts of Lahore. Due to extreme poverty, a young Sabir was forced to contribute to the family income by working much like the other kids of his community. However, his hunger for knowledge made him enroll at a local public school. After hours, he would continue working, selling water bottles or snacks at tea shops.

Sabir completed his schooling from City District Government Boys High School, Township Lahore and finally graduated from Pakistan’s Chartered Institute of Management Accountants. Since 2007, his organization Slumabad has been promoting sanitation and education in Pakistan. Sabir strives to better the living conditions in the slums by introducing mobile toilets and clean drinking water. He has also helped enroll numerous children to schools. Sabir has been selected for various fellowships including his most recent as a Pakistani Fellow in the Acumen Fund.

The work of both these individuals in inspiring beyond words. We wish them best of luck for their future ventures. Support these inspiring individuals and share the news among your friends and family. 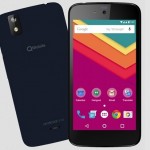 Hands-On with the QMobile A1, Pakistan’s first Android One phone