Just like all the big giants related to automobile industry, Uber is thinking to motivate its drivers towards driving all-electric vehicles.

According to a new program from Uber, the company is going to monetarily reward its drivers who opt for driving EVs over the ones which burn gasoline. The pilot program which starts this Tuesday has for now been launched in eight of the American cities. In the different cities where the program has been launched, the company is giving out as much as $1-per-ride extra in incentives to drivers who are on electric vehicles. In some cities, the ride-hailing service is providing different educational resources to such drivers.

Uber has also developed a purpose-built application with features to specifically aid the type of users which drive electric vehicles. If there is a longer-than-30-minutes ride piled up in the pipeline, the application will inform firsthand to the drivers; so that they are able to sort the charging in their cars. This feature will specifically be helpful given that at this moment the electric charging stations haven’t become very commonplace and finding such stations in some localities could still be an issue.

Great step indeed but it still isn’t clear if the company plans to bring out this program to other locations worldwide since it is a pilot program and the company is still testing. Uber is collaborating with different non-profit organizations to find out ways in which more and more drivers can be pulled towards using EVs. Once Uber has the program figured out, we might expect to see these type of incentives worldwide.

With the growing air pollution, the need to take such steps is becoming more and more pressing. States too have started taking this recently. Quite recently, we saw the first car charging station of Pakistan being inaugurated. The country also just reduced customs duty on electric cars by as much as 25%. 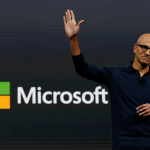