Vacuum of Smartphone Banking in Pakistan 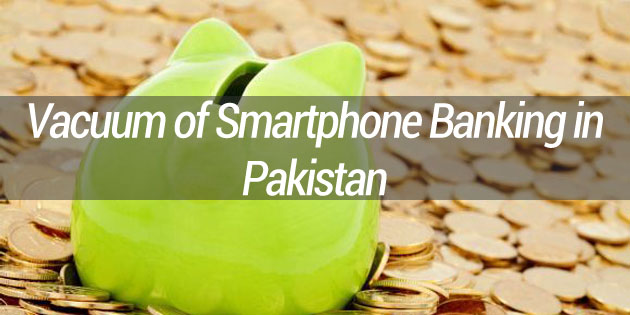 Recently going through StumbleUpon (a webpages discovery engine recommended by a friend of mine) I came across a photography website. Though the website had nothing related to Smartphone banking but it had Ads in it. One of those was ICICI Bank i-safe. As the name suggests it was a smartphone app for banking. This was something new for me since all I knew was HBL MoneyWise as the only smartphone basic household budgeting app (totally useless). Apart from that I had a little idea of Standard Chartered Bank’s Breeze app that was to be launched soon.

While getting to know this made me a lot more curious about what other banks were up to these days and to my surprise I came across so many Smartphone Apps introduced by various banks and the list was huge and more surprisingly some of the smallest countries with population less than 5 million were in the list (The Bank of New Zealand in this case). A population of a little over 180 million, 30 million internet users, an estimated 6 million smartphone users and 35+ Banks operating all across Pakistan with some renowned Global brands in the list only a single App by the name of Breeze (by Standard Chartered) that too on iOS alone was disappointing.

Like every other time when I think of finding some app over the phone I just hit a keyword and I get a response with more than 10 apps of the kind I want. Every other local newspaper, TV channel and even Political Parties have apps which are just for informational purposes, and maximum I see are, updated news-feeds and timings of programs. On the contrary Banking is the sector that needs it more than these channels. This is because it would not be a mere promotion of the Bank having it but on a larger scale a benefit to its customers having the account information, transfer of funds, top-up/payment of Balance/Bills on a click of a button.

The new baby promotional ventures like UBL Omni, TimePey (Zong & Askari Bank), EasyPaisa (Telenor & Tameer Micro-Finance) or MobiCash (Mobilink & Waseela Micro-Finance) are neither that feasible as the TVCs show nor that effective for promotion of these brands/banks. A smartphone app investment and its promotion can be highly profitable and facilitating customers at the same time.

On a humorous note Allied Bank says, “Aap ke Dil mein Hamara Account” – In your Hearts is our Bank Account

P.S: We need it on the phones not in our hearts

What’s in your bag, Haris Nadeem?