Warid expands its 4G LTE network to 12 cities of Pakistan

Warid Telecom, one of Pakistan’s largest and fastest growing 4G LTE network, has just announced the launch of its 4G LTE services in four major cities of Pakistan including Peshawar, Quetta, Sheikhupura and Multan. The company has established the state of the art LTE network which has expanded to 12 cities of Pakistan.

As an added bonus, Warid also offers free 4G LTE trials to all its new and existing customers who will be able to enjoy free one GB 4G LTE data bucket for 5 days. Customers possessing LTE handsets can also get their SIMs upgraded to 4G LTE, free of cost.

Known for its quality network and good customer services, Warid Telecom has achieved critical acclaim throughout the country. Warid’s commercial roll out of 4G LTE services in Pakistan has led to an exponential increase in mobile data users and increase in subscriber base courtesy its matchless network quality, product & services and affordable data plans. 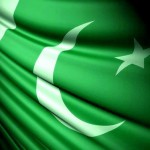