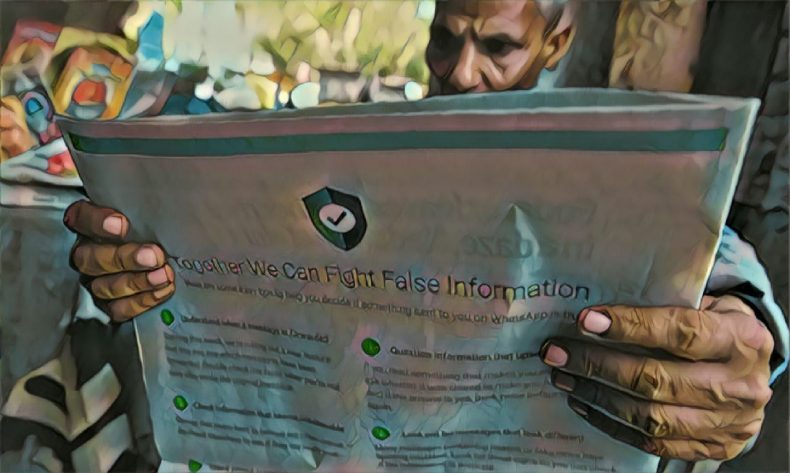 WhatsApp has taken a full-page ad in the paper edition of Pakistan’s leading newspaper, Dawn to inform readers of ways to identify fake messages.

WhatsApp is used by more than 1.5 billion people in the world and hence the risk of fake news spreading via this messaging service is very high. Indefinitely, this has the potential to trigger horrific incidents worldwide.

Recently, India has witnessed some dreadful incidents in which forwarded messages via WhatsApp accused some people of being child kidnappers resulted in violent attacks on them and 30 people were murdered in these attacks. 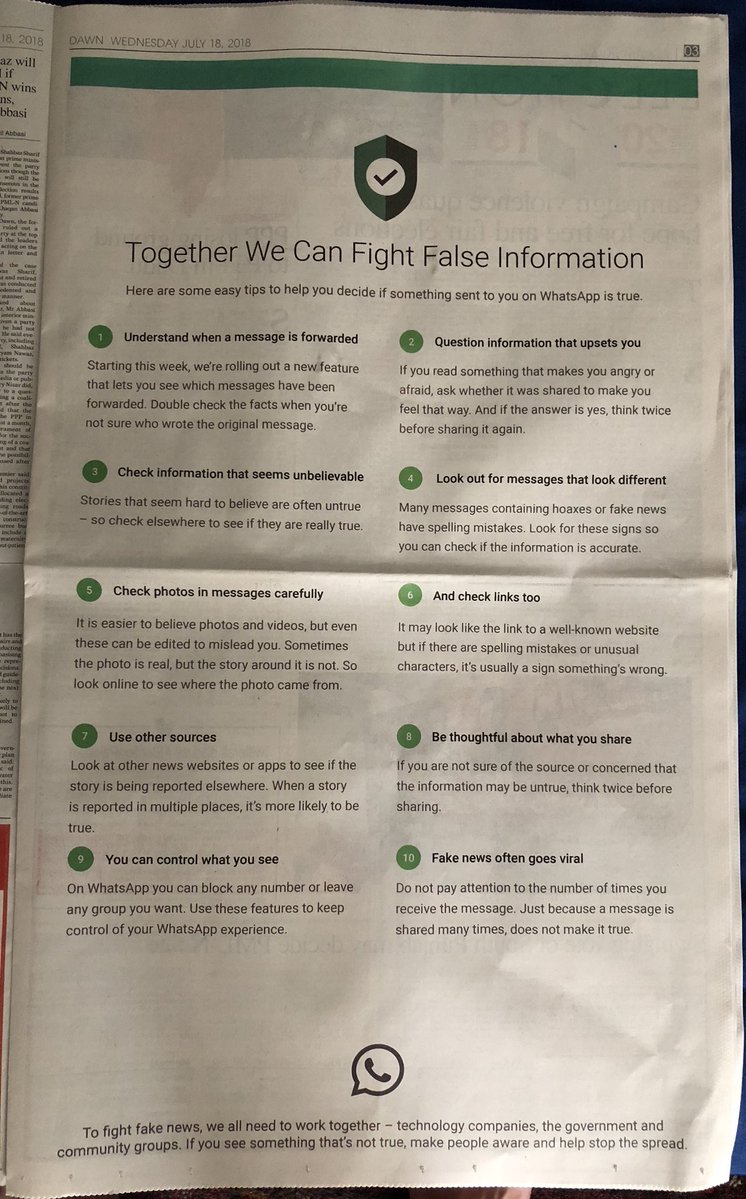 After these hoax messages that incited incidents of mob lynchings at the beginning of July, Facebook-owned messaging platform combated the spread of false messages by publishing full-page advertisements in English and Hindi in leading newspapers in India. WhatsApp further rolled out “forwarded label’ for forwarded messages as another attempt at dealing with fake messages.

Today, the full-page advertisement was published in Dawn. The ad starts with the title, “Together we can fight false information” and includes 10 tips on how to spot fake messages. The tips inform readers on checking the accuracy of the information by looking for information from other sources and observing the photos closely to identify whether they are photoshopped or original.

As WhatsApp is also majorly used in Pakistan that has a population of above 200 million. So, it was certainly important for Facebook-owned messaging service to launch an ad campaign in Pakistan as well to ensure no such incident happens in Pakistan.

As, Election Day in Pakistan is no far than a week, this ad will be particularly effective in dealing with the spread of any fake news regarding announcements related to winning candidates.