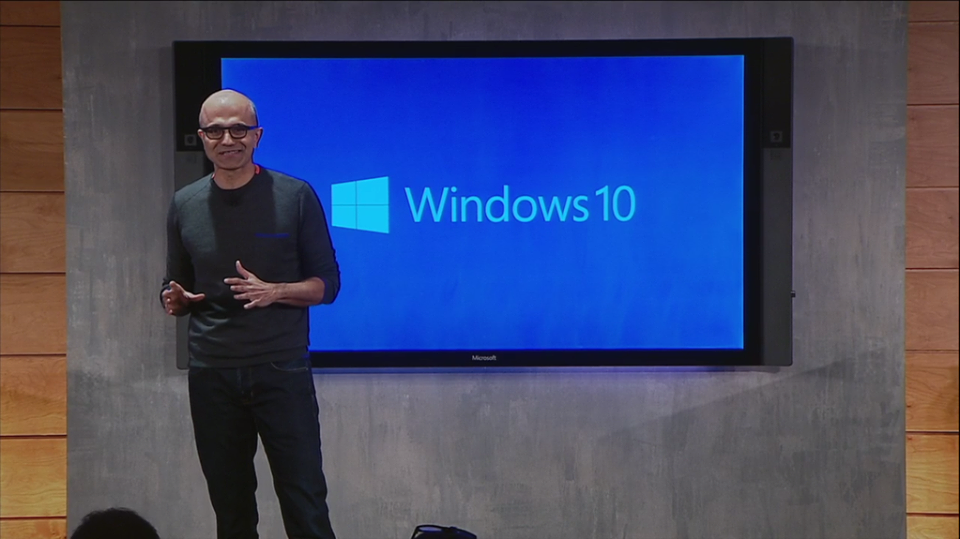 Microsoft unveiled Windows 10 at its Redmond, Washington headquarters yesterday introducing innovative features which will totally change the course of computing in near future. Windows 10 will work across desktops, laptops, tablets, and smartphones with the ability to go to the world beyond screens. Microsoft has designed these features for its new operating system while taking into account the customer’s feedback on previous products.

The holographic computing was the coolest feature introduced for Windows 10 at the flagship event. The new operating system has integrated the holographic representations of the software giving users the power to interact with holograms via HoloLens glasses. These glasses use holographic processing chip which understands gestures/voice and can display holograms in thin air or on surrounding objects. Yes, you will be able to interact with virtual screens just like FBI agents do in high-tech movies.

Additionally, HoloStudio app will let users create 3D objects with voice commands and gestures, then users can print their designs through a 3D printer.

Microsoft has finally realized that Internet Explorer works best for memes than for browsing after stubbornly supporting it for years. The company has introduced a new stripped down browser codenamed “Project Spartan” which will function similarly to Chrome and Firefox. The new browser will support hand and stylus interactions for users to mark up websites, reading mode and voice command feature Cortana.

Cortana is Microsoft’s version of Siri which will use voice commands to show notifications, stock information, sports news, and other functions related to smartphone voice assistants. For example, “Hey, Cortana, show me PowerPoint slides about the charity auction” or “show me photos from December”.

Good news for all Windows 8 haters! Windows 10 will bring back the Start Menu which will now include a personalized space for favorite apps, programs and websites. Moreover, Windows 10 will cure the biggest flaw of Windows 8 i.e. management of “desktop” and “tablet” modes. The new design interface called “Continuum” will help in seamless transition between desktop and tablet. This interface will recognize desktop mode with a mouse and keyboard, and it will switch to tablet mode if the input devices are not attached to the system. Furthermore, a new feature Snap will allow users to work on four apps on the same screen which happens to be a new quadrant layout for Windows 10.

Windows 10 will hit the market later this year and will offer a free upgrade to Windows 7 or Windows 8.1 users for the first year only. Nevertheless, we cannot wait to get our hands on the new operating system. Can you?

in News
Feb 3, 2023  ·
Follow us on
Up Next:Bangladesh Blocks Social Apps To Deal With Protestors