Wireless digital telecommunication network Veon is in advanced talks to sell its power assets in Pakistan, declared in a report on Tuesday. Veon owns 10,000 to 12,000 towers in Pakistan, whereas the value of each tower is approximately $60,000 to $80,000, depending on interest rates.

Veon is a telecommunication network that was established in Moscow back in 1992. Since then, it has expanded into a Dutch-domiciled global communications giant. According to the record, it has more than 127 million customers in nine countries. Undoubtedly, the company, is currently the largest operator in Russia, has just begun the selling process. However, due to the various consequences of the Ukraine war, the company’s share price has decreased by two-thirds this year. Not only this, but last year Veon sold 15,000 towers in Russia for nearly $970 million to Service Telecom LLC.

Besides, Veon’s Group Chief executive officer Kaan Terzioglu reportedly said that the sale process is very close to the conclusion. According to the report, Saudi Telecom Co.unit, a consortium between Pakistan’s TPL Corp and UAE-based TASC Towers, and Pakistani conglomerate Engro are among the tower bidders. 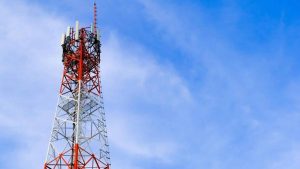 However, the spokespersons for Veon and Saudi Telecom declined to comment. The TPL-TASC consortium and Engro officials didn’t immediately respond to a request for comment. None of the companies answered about buying the towers and provided a suitable comment regarding the potential deal.

Moreover, it is essential to mention here that the TPL REIT Management Company Limited,a wholly owned subsidiary of TPL properties Limited. Decided to enter into a strategic coolobaration with UAE-based TASC towers. In order to acquire a Telecom Tower Infrastructure Company through an Infrastructure Real Estate Investment Trust (REIT).

TPL REIT Management Company Limited are wholly-owned by TPL Properties Limited. TPL RMC and TASC, as a consortium, took part in an auction to acquire maximum Telecom Tower Infrastructure Company shares through an Infra REIT. This aim was to receive all essential clearances and authorization from the regulatory authorities.

Story Behind The Collapsed Deal

In 2017, Veon and Global Telecom Holding(GTH) agreed to sell their tower business in Pakistan for nearly $940 million. According to the agreement Tanzanite, a power operating firm operated by Malaysia’s edocto group and Dawood Hercules Corporation, would purchase Veon and GTH’s subsidiary in Pakistan. Including Jazz, and its wholly-owned tower company, Deodar, which had a portfolio of over 13,000 telecommunication towers.

Alas, the companies are waiting to see whether they successfully obtain the required regulatory approvals for closing the potential deal. 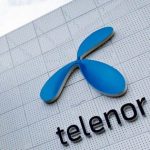 Telenor Pakistan Is Being Sold For $.1 Billion