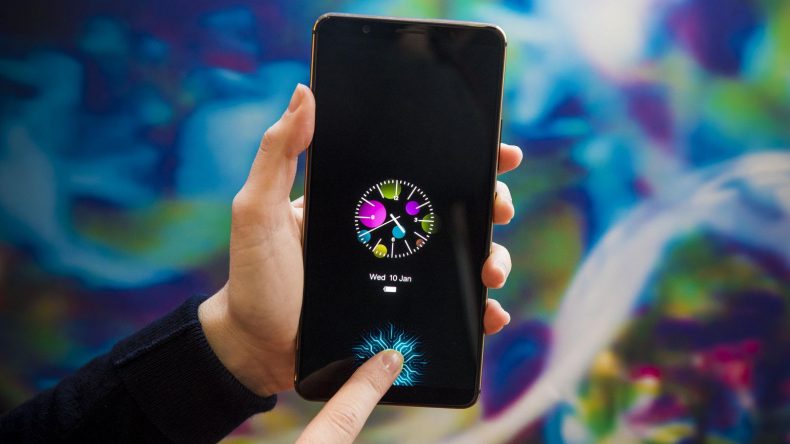 Xiaomi is one of the major smartphone makers which has not copied the iPhone X-design until now and for keeping this ambition Xiaomi has paid enough that it has to move front camera sensor right at the bottom in Mi Mix 2 and Mi Mix 2s to give the devices a bezel-less look. However, a new leaked video of its upcoming 8th-anniversary smartphone reveals that Xiaomi Mi 8 might arrive with a 3D Face ID to be a perfect iPhone X clone and an in-display fingerprint scanner to be an iPhone X clone+.

We have heard quite recently that Xaiomi is planning to launch its next flagship at a dedicated launch event in Shenzen, China on May 31st as reported by GizmoChina. Considering the new leak, the Mi 8 is supposed to be the sequel to last year’s Mi 6 — it’s not totally clear why, but the rumor is Xiaomi will skip the Mi 7.

The video shared below is quite short, so it’s not clear what’s actually going on within the interface. However, the login of in-display fingerprint seems obvious. Additionally, the MIUI 9, the custom skin of Xiaomi for its Android phones is also seen in the video.

As far as the rumor mill goes, the Mi 8 is expected to feature the Snapdragon 845 chipset with up to 8GB RAM, 64GB of storage, and a 4,000mAh battery and the phone will apparently also boast wireless charging.

Previously, the product name of a Xiaomi’s device as Xiaomi Mi 8 popped up on the Xiaomi store as well, and it further stamps that Xiaomi is going to launch a new flagship phone by the end of this month or the next one. If Xiaomi actually unveils a smartphone with both 3D face recognition tech and in-display fingerprint sensing tech it will indeed be a revolutionary product for the smartphone industry.