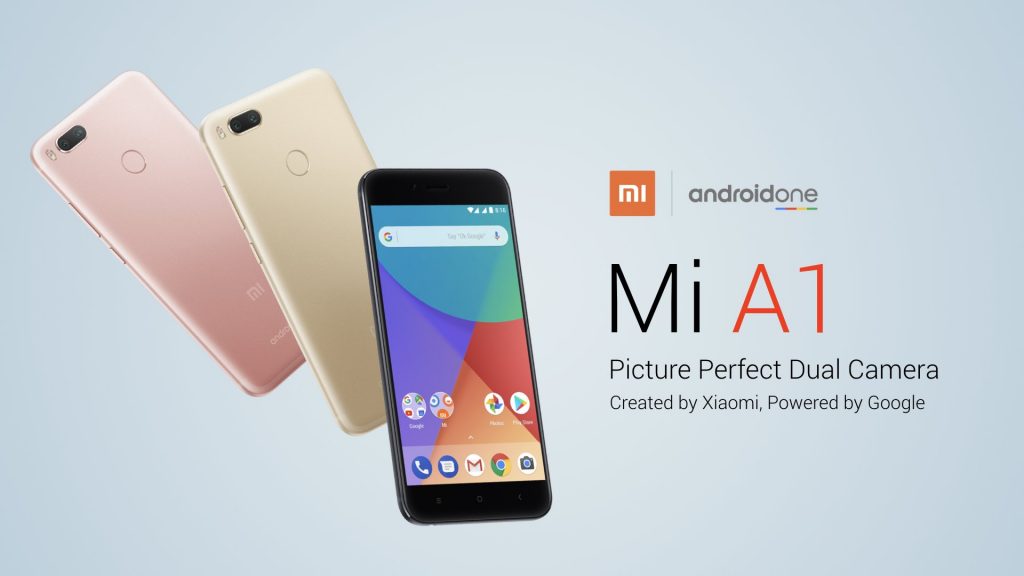 Boy, it has been quite some time since we have seen another smartphone debut in the Android One segment. Xiaomi Mi A1 is here to cover up the wait. It’s a $230 (14,999 INR, 23,500 PKR) phone which packs a Qualcomm Snapdragon 620 Octa Core processor clocked at 2.0 GHz paired with Adreno 506 GPU and 4GB of RAM.

It has a 5.5 inches display with 1920 by 1080 pixels resolution amounting to 403 ppi pixel density. Internal storage stands at 64GB which is expandable through microSD card. It has dual rear cameras in which one acts as a telephoto camera and the other is the wide angle camera. Each has 12MP resolution, 5 piece lens and up to 2x optical zoom capabilities with true tone flash. In addition, we have 4K / 1080p / 720p video capturing at 30 fps or 720p slow-mo video capturing at 120 fps. The front camera stands at 5MP.

The phone has a 3000 mAh battery which should suffice for most of the day’s use. The phone currently runs Android 7.0 Nougat out of the box whereas Oreo will be arriving at the end of this year. More importantly, Xiaomi says it’ll be the first phone to get Android P when it comes out next… The phone is running stock Android so upgrading to the latest version will make it easy.

Xiaomi plans to bring the phone to 40 countries worldwide and the list doesn’t include U.K or U.S. They haven’t been hesitant on comparing its new phones with iPhone 7 Plus, which retails for $745, and OnePlus 5: 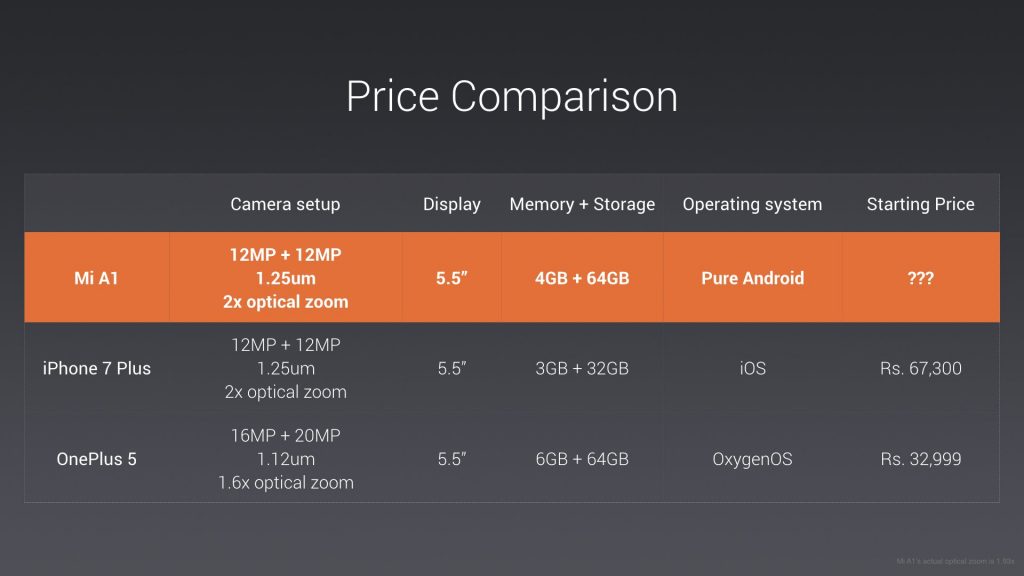 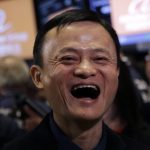