In recent news, it has been reported that Xiaomi plans to produce electric cars which are targeted at the ‘mass market’. Much details in regards to this plan have not been disclosed, but Xiaomi would reportedly integrate them with other products and manufacture them at a plant from Chinese auto giant Great Wall. The first model would arrive in 2023.

Its quite clear that with Apple gunning for the EV section, Xiaomi is placing itself in the same race. Moreover, through this Xiaomi could diversify its lineup hence making the company more resilient. While it’s one of the largest phone brands in China, it operates on tiny profit margins and can easily succumb to short-term problems like recent chip shortages. EVs would give Xiaomi a more reliable source of income year-round.

However, apart from just Apple, Huawei is said to be exploring the automobile market as well. A company based in China called Baidu has already unveiled plans to make an EV with Geely’s help. Tech firms delving into the automotive world may seem like novelties now, but they could be relatively commonplace in a few years.

In a nutshell, Xiaomi believes that by adding eco-friendly automobiles into their arsenal they can attract more customers and enthusiasts into considering their products. However, the EV section of the automobile industry will solely depend upon a customer’s brand loyalty and respective preferences. 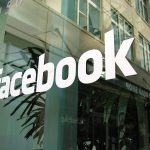