The world’s third largest digital currency by market capitalization falls below $0.50, which is noted to be the lowest of 2018 so far.

Tech Analysts predict for XRP to go lower before increasing in price by the end of 2018. On 29th June, its price went as low as $0.424 displaying a 3.5 percent declination, whereas its current value as of 30th June is $0.468 with an increment of 5.72 percent, according to the CoinMarketCap.

Ripple is not the only currency going down at this rate. Other digital currencies such as Litecoin, Zcash, and Bitcoin have also gone down in the cryptomarket sine the beginning on June 2018.

On 14th June, the price of Bitcoin in the market crashed. CEO of Ripple, Brad Garlinghouse, took advantage of the recent Bitcoin fiasco and undermined a few cryptocurrencies to outshine his own Ripple. In the beginning of the month, he even spoke out about Bitcoin saying that Bitcoin is not going to last longer and is most likely not going to be the “future digital currency” as they all say.

Garlinghouse also compared Ripple to Bitcoin stating that Ripple might have a higher place in the future due to its fast transaction rate. It takes 42 minutes for the BTC (Bitcoin) transaction while only 4 seconds for the XRP (Ripple) transaction. Furthermore, XRP is being used to transfer payments worldwide as it is more convenient being a smaller currency. Its current value is only $0.70, with its highest being $3.30, but as slow and steady wins the race, Ripple has promised its investors a brighter future. 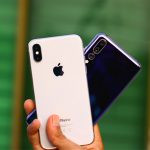