Announced back on the 13th of August, the Galaxy Note 5 is Samsung’s brand new smartphone in its range of phablet phones and it just hit the store shelves a few days back. It was all going well for Samsung until recently a design flaw was discovered that could break some of the Note 5’s S-pen abilities. It happens if the stylus is inserted back in its slot the wrong way.

The Galaxy Note 5 is Samsung’s new horse in the smartphone race and is bound to be a good contender, with its beautiful aluminum back, the curved edges, the gigantic screen and especially the S-Pen. It got some glowing reviews from all over the media but there is something you should be worried about if you are going to get a Note 5, the S-Pen is pretty fragile when it comes to inserting it back in its slot.

As discovered by AndroidPolice, if the S-Pen is put back into its slot the wrong way, it could permanently break some of the handset’s abilities. This seems to be a fundamental design flaw that the South-Korean company seems to have overlooked. The new Note comes with a new incredibly-improved S-Pen with some great features like writing on the screen without even unlocking the phone. If you do end up getting it in the wrong way, then you are likely to permanently lose features like pen-detection and there is even a possibility that the stylus may get jammed in the slot(It did with the review unit tried out by AndroidPolice).

Here is a video demonstrating this issue,

This news has caught fire in the media and Samsung is in deep waters over this issue. All they have done to fix this PR-disaster is issuing a statement instructing Note 5 users to be careful and “read the user manual”. Does anyone even do that anymore? Even if they do, the problem lies in the fact that anyone who isn’t paying attention could end up with a problem like this, especially people with children.

Here is Samsung’s official response to the BBC,

“We highly recommend our Galaxy Note 5 users follow the instructions in the user guide to ensure they do not experience such an unexpected scenario caused by reinserting the S-Pen in the other way around.”

A lot of phone-manufacturers have tried using styluses but not many of them have succeeded, but Samsung seemed to be on to something with its S-Pen. The problem is that in other phones, or even in previous Note phones, if you inserted the S-Pen backwards, it would provide enough resistance that anyone would realize their mistake. But the new Note 5 seemed to have lost this in favour of new upgrading features. So for now, if you are looking to get a Note 5, make sure to be extra-careful when you are about to put back the S-Pen. 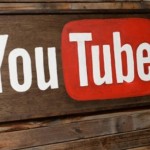