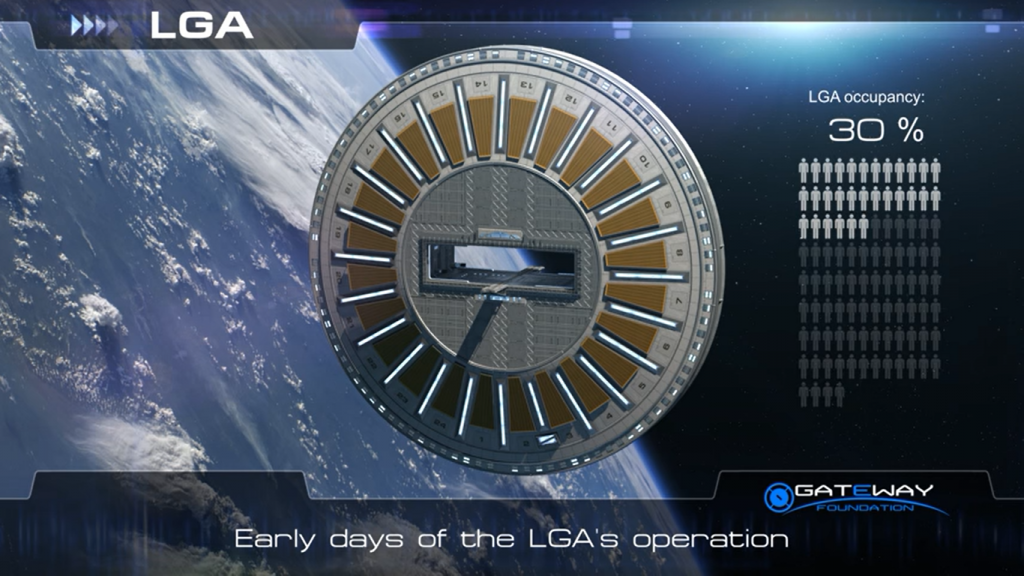 In 2019, the California-based “Gateway Foundation” released plans to launch a floatable hotel above the Earth’s atmosphere. The futuristic innovation comprises 24 modules connected by elevator shafts, scheduled to become operational by 2027.
The hotel has now been named “Voyager Station” and is all set to be run by the same company that came up with the idea.
“You could call it a destination hotel, a low Earth orbit cruise ship, or a city in space with a spaceport. But the best way to understand this complex piece of infrastructure is to look to its namesake: The Gateway.”, the company’s website states.
Gateway will serve as a space station cum hotel offering a place to stay to crews on missions to other planets.
The hotel will have between 400-500 guest rooms available for use, a crew of 150, and a guest capacity of 1,250. It will also have warm suites, chic bars, and restaurants, and the guests would still have the option to enjoy regular beds and showers, with plans also to serve traditional “space food. It will also offer recreational activities that are only possible in space, revolving around the weightlessness and reduced gravity available in the space environment.
Read More: Space startup Gitai raises $17.1 M to accelerate commercial space through a robotic workforce.
atmosphere Space

Samsung Unboxes its 2021 Lineup, Letting You Discover More of What You’re Passionate About