23 child advocacy and privacy groups have filed a complaint against Google. The complaints have been filed with the US Federal Trade Commission (FTC) alleging that the technology company has been illegally collecting data from children under 13 years of age and personalizing advertisements.

The group alleges that YouTube has been collecting personal details and browser tracking data from children who viewed videos on the site. This information included location, phone numbers, and device identifiers. The complaint is being led by the Campaign for a Commercial-Free Childhood (CCFC) that issued a statement,

“For years, Google has abdicated its responsibility to kids and families by disingenuously claiming YouTube — a site rife with popular cartoons, nursery rhymes, and toy ads — is not for children under 13. Google profits immensely by delivering ads to kids and must comply with COPPA. It’s time for the FTC to hold Google accountable for its illegal data collection and advertising practices.”

According to the advocacy group, Google is no different than Facebook for putting much of its resources to generate profits rather than to protect users. While YouTube is only intended for users that are aged 13 or older, the video-sharing site is used frequently by younger kids as the platform does not require any login to watch videos. The group argues that not only kids are actively watching content on YouTube but they are also being tracked without parental consent, with all the same tools designed for adults.

“While we haven’t received the complaint, protecting kids and families has always been a top priority for us. We will read the complaint thoroughly and evaluate if there are things we can do to improve. Because YouTube is not for children, we’ve invested significantly in the creation of the YouTube Kids app to offer an alternative specifically designed for children.” 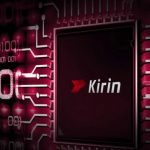